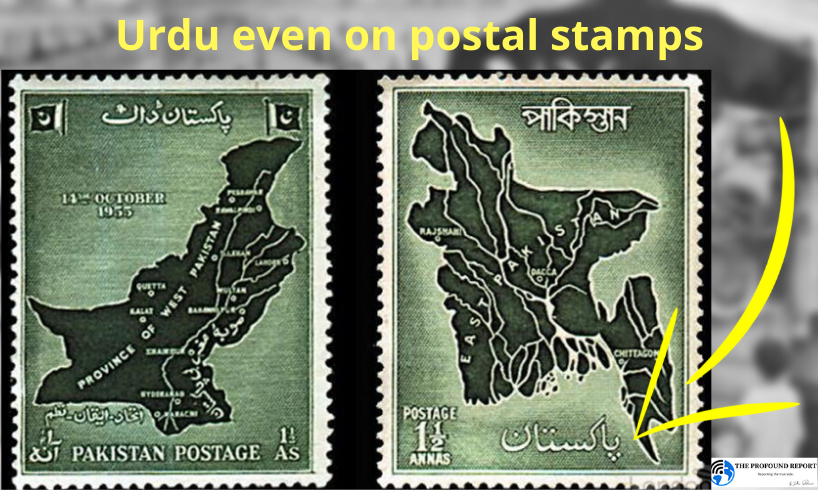 The period of British India surely gave everlasting wounds to the world with a painful history. The dissolution of British Government made partitioned British India into three countries, Pakistan, India and Myanmar while the Ind-Pak partition was the most unnecessary and violent one. (Suggested: Read some facts about Ind-Pak Partition) But even after so much trauma, the world witnessed another parition which was Pakistan-Bangladesh Partition in 1971 where East Pakistan province of Pakistan got separated and was formed as a new country named ‘Republic of Bangladesh’ in 1971. Why did this happen so? What was the need? We will study the main reasons behind this in this article.

Jinnah, the founder and the first Prime Minister of Pakistan declared Urdu as the official state language of Pakistan and no other language was recognised. (Source: Jinnah addressing in East Pakistan, Pakistan in 1948)

People of East Pakistan had majority of the Bengali culture and ethnicity. This diversity was not appreciated by West Pakistan and the government moreover the Bengalis were often discriminated and faced social oppression. Unfortunately, even after regular protests, riots, debates and demands, the government didn’t work over this conflict. (Report by BIDS)

Fall of democracy and military coups

Pakistan miseribly failed to maintain democracy and laws of the nation. The country faced its first military coup in 1958 when General Ayub Khan became the President of Pakistan (without formal elections) seizing the presidency from the first President, Mr. Iskander Mirza who was a Bengali. The Pakistani Constitution was revoked and martial law (military control over civil functions) was introduced. We can understand that this was an event of pure dictatorship. (Source: Journal on Jstor)

Sheikh Mujibur Rahman was a Bengali politican and an activist who won a national majority in democratic elections of Pakistan. This shocked the entire Pakistan and many people didn’t acknowledge this. The extremists started spreading hatred and rumours against the result fueled by opponent political parties playing dirty politics. (Source: SAARC)

‘Operation Searchlight’ was a planned military operation carried by Pakistani Army to wipe off the Bengali separatists and protestors in March 1971. Many innocents were killed in this too where ethnic cleansing was done secretly. Moreover, the non-Muslims faced lash too while tons of Bengalis lost their families, assets and what not. It is really sad to learn that even teachers and professors of schools and universities in East Pakistan were brutally killed. More than 3 lakh individuals were killed as per Bangladeshi authorities. Moreover, various cases of assaults were reported. This operation was undertaken by General Tikka Khan who was often labelled as ‘Butcher of Pakistan’ by top media portals like TIME Magazine, CNN etc. (Source: TIME Magazine)

Intellectuals, professors, teachers, journalists, artists etc. living in East Pakistan who were talking about the logic and freedom were butchered badly.