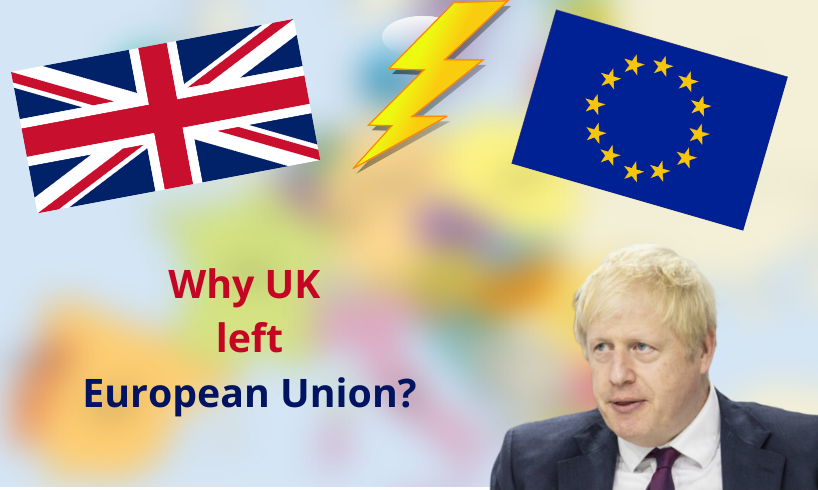 United Kingdom is a country located in North-West Europe. It is popular for education, beaches, the capital city (London) and various tourist attractions. This country has been actively participating in various world affairs since long.

European Union is a political and an economic union of different states located in Europe continent. The members of this union have a common currency which is Euro and share economic interests. All of these countries share freedom of movement between the nations for the citizens and visa-holders.

Brexit was the withdrawal of United Kingdom from European Union and European Atomic Energy Community.

In 2015, a huge inflow of migrants was witnessed by European Union.

In 2016, a voting was conducted under ‘2016 United Kingdom European Union Membership Referendum’ in UK regarding Brexit. Majority of the population (about 52%) supported Brexit. (Source: EU Referendum Results).

On January 31, 2020, Brexit occured which is a major world affair. There are various reasons which caused British Government to exit the European Union. Here are those:

Europe continent has always been an ideal land for migrants to migrate to, due to religious/cultural freedom, job opportunities, safety, good economy and so on. In 2015, there was a huge inflow seen in the number of migrants (which included both illegal immigrants as well as legal immigrants). The concern is for the illegal immigrants majorly. In response to this, European Union asked all the member countries to take number of those migrants based on their population proportion. Many countries including United Kingdom didn’t acknowledge this decision and rejected to accept the migrants.

The major authority of border control was in the hand of European Union. In order to gain more power and control over it, the decision of Brexit was made. Now, British Government has the sole authority over the border and immigration policies. A new points-based immigration system was established.

Being a part of European Union, there was freedom of movement between nations where import-export was quite efficient and easy. Due to Brexit, now tariffs are being charged and trade barriers are established resulting in higher collection of funds for British Government.

Any resident or citizen of member countries belonging to European Union is allowed to travel across EU Union countries freely. Also, the people are allowed to work, study and settle. After Brexit, it is not easy anymore for non-Britishers to travel or live in UK freely. This will restrict the people of other countries to acquire jobs, school seats and property.

Schengen Visa was enough for people around the world to travel across the EU Union countries. But this visa will not be valid for United Kingdom. Travelers need to apply for British visa separately.

Under European Union, all the member countries have a common currency (Euro) which many economists believe that it can be a danger to British economy. Hence, UK has a separate currency (Pound) while Euro is no more accepted.

European Union does not directly collect taxes but all the member countries have to make an annual contribution to the union for development and to run the same. The country had to contribute a significant amount to the same while after Brexit, this contribution is of course no more to be done.