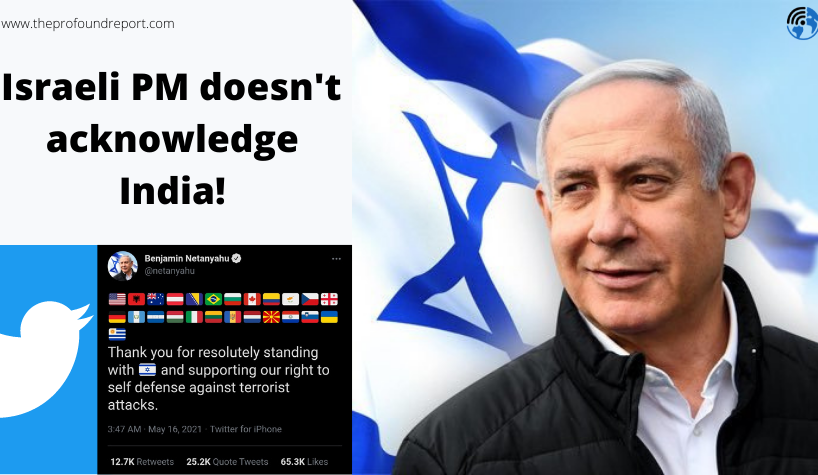 The conflict of Israel and Palestine is ongoing since 1948. To understand the history and analyse the roots of the same, we can visit TPR’s exclusive report over the issue: Israel-Palestine Conflict: Explained

It is a really basic strategy that whenever a country is under war or any conflict, it usually gives it best to strengthen foreign relations by gathering support from various other countries. The same thing is done by both Israel and Palestine.

On May 16, Israel’s Prime Minister, Mr. Benjamin Netanyahu acknowledged and thanked about 25 countries through a Tweet over his official Twitter handle. The 25 countries include USA, Albania, Australia, Austria, Brazil, Canada, Colombia, Cyprus, Georgia, Germany, Hungary, Italy, Slovenia and Ukraine. Here is the Tweet for reference:

In the Tweet, we can clearly see that Israel does not acknowledge India’s support despite so much hype by some of the Indians over their unconditional support to Israel.

Now, the question is, why did Israel neglected india?

This is because of the following reasons:

Here is the official statement: