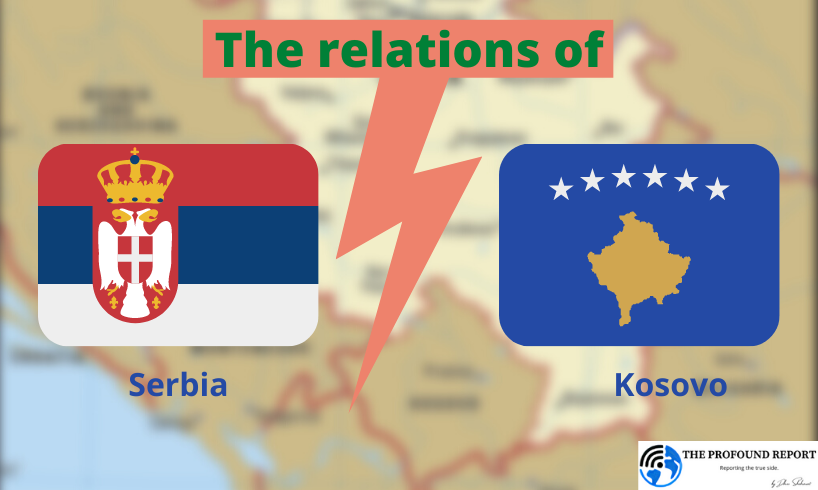 Serbia and Kosovo are two countries bordering each other located in Europe. These countries are popular for clean rivers, beautiful lakes, churches and historical sites. While, Serbia doesn’t recognise Kosovo as an independent state and claims it be a Serbian province. There is an ongoing conflict between these two countries and the government. To understand this we need to go back in time to start from the formation of these countries.

Before 1389; the region of present-day Serbia and Kosovo was part of Serbian Empire where majority of the people were Serbian-speaking Christian population.

Around 1389; Ottoman Empire attacked Serbian Empire conquering majority area and gaining control. During the rule, Islam was spreaded by migration of Muslims from different regions, construction of mosques, religious conversions, conquest of radicalisation (right-wing) and so on changing the demographs of the region. This made the Muslim population significant with the time.

In 1912; Serbian Empire regained the control over their land defeating the Ottoman Empire.

In 1946; A new country named ‘Yugoslavia Federation’ was formed when the Yugoslavian Forces took the land amid the end of World War 2. This was the end of Serbian Empire. It is to be noted that Yugoslavia Government was Communist.

Majority Serbians supported the idea of Yugoslavia Federation while some Serbians were against the same. The Serbians against Yugoslavia majorly came from the Southern region of the country (major part of today’s Kosovo). Amid this political unrest, majority of Southern Serbians (Kosovo) demanded an independent state for themselves so that they can get freedom from communism.

In 1974; Yugoslavian Government declares the region of Kosovo as a ‘federal autonomous unit’ naming it as ‘Kosovo’. This means, Kosovo will have self-governing powers remaining a part of Serbia.

During 1990s; According to International Criminal Tribunal, Yugoslavian Army attacked villages and towns where Albanians (Kosovo) were in majority. Also, the crime against the civilians increased very much. This was done as a part of dirty politics by Yugoslavian Government for ethnic cleansing (reducing the population of Albanians).

On June 5, 2006; Serbia, officially known as, ‘Republic of Serbia’ was founded as an independent state in Europe. This led to the fall of Yugoslavia Federation.

After this formation, the demand of Kosovo as an independent state arised again. Multiple protests, riots and unrest was seen from both the sides. Kosovo did not want to be a part of Serbia because of different major religions (Islam and Christianity), languages (Albanian and Serbian) and ethnicity.

On Frebruary 18, 2008; a big region in Southern Serbia was declared as a separate nation called ‘Kosovo’ by the rebel groups and politicians forming Kosovo Government. While, Serbian Government (Serbia) does not recognise the same.