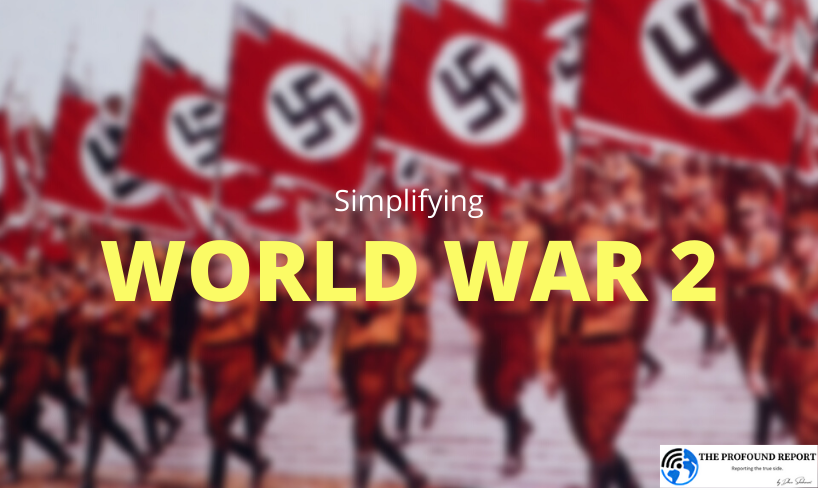 World has witnessed thousands of wars in different time periods. Most of them are caused because of dirty politics, propogandas, natural resources and religious/cultural clashes. The ‘World Wars’ were indeed one of the biggest wars in the mankind history causing a lot of destruction and bloodshed.

About two world wars have occured as of now, these are known as ‘World War 1’ and ‘World War 2’. In World Wars, different countries take part either as allied powers or central powers. ‘Allied powers’ are the countries which have joined the wars in an alliance to stand with the allied countries. While, ‘central powers’ are the countries fighting against the enemy countries and enemy countries’ allied powers. There are various causes and political agendas involved which causes such world wars or for any war for that matter.

Today, we are going to breakdown the understanding of the first world war’s overview in a simple manner.

World War 2 was a massive war engaging principal nations across the globe. This war lasted for about 6 years which was from September 1, 1939 to September 2, 1945 causing more than 6 crores of deaths and leaving more than 2.5 crores wounded/injured. (Source: National WW2 Museum)

Many countries were involved in the war taking different sides based on their political stand. The countries can be divided into two teams roughly, ‘Axis Powers’ and ‘Allies Powers’. The Axis Powers included German Reich (now Germany), Italy and Japan who were together opposing the Allied Powers which included France, United Kingdom, USA, Soviet Union (now Russia) and China.

Why did it happen?

There were majorly three reasons behind the war while the internal dirty politics has always been a push. Here are those three reasons:

How and when did it start?

The global war began on September 1, 1939, when German Reich occupied Poland while France and United Kingdom declared war against German Reich. After this, other countries like Russia, China, Italy etc. also took part in the war.

Who won and how did it end?