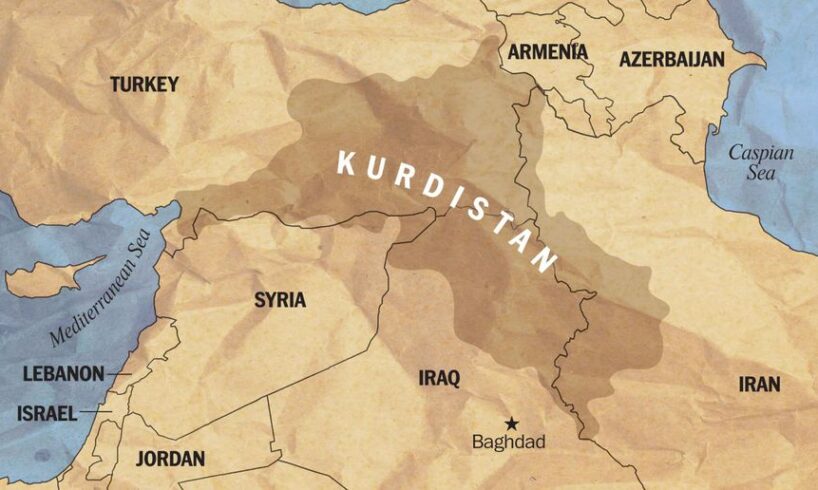 When we come across the Middle-East, we think of the seventeen countries which make up the Middle-East on world map. Saudi Arabia, Iran, Palestine, UAE, Jordan, Bahrain, Kuwait, Iraq, Syria, Turkey, Qatar and so on.
But, the list is not over yet! Many of us are missing with the a hidden gem of the Middle-East. That gem is ‘Kurdistan’.

Kurdistan, officially called Kurdistan Region of Iraq by Iraqi constitution, is a region located in North Iraq, it is spread in Iraq, Turkey, Syria and Iran .

This region is home to 59 lakhs of people as of 2018 which include the Kurdish people (the locals) and expats. It has a size of 40,643 square kilometers (which is smaller than the Indian state, Haryana). The size might be small but enough to make it a country. But due to some political reasons and terrorism groups, it is not a country.
Still, the region has there own flag, government, capital, rules and laws. The Kurdish people are struggling for independence and they are sad about not having there own country. The major part of Kurdistan is in Iraq, followed by Turkey.

‘Erbil’,  a city in Kurdish region is the capital of this region which is a home to Kurdish government. The population of this place is to be noted around 9 lakh.

There is a separate flag for Kurdistan. They don’t follow Iraqi, Turkish, Iranian or Syrian flags. The Kurdish flag was created by Xoyûn during the Ararat rebellion against Turkey in 1928, where it was hosted by thousands of Kurdish rebels. The flag has a tricolour background (red, white and green) with a sun disk (having 21 rays)

Kurdish and Arabic are the two main languages used in this region, followed by English.

In December 2018, Google Map erased Kurdistan from its map in compliance of Turkish government.
Google makes it unavailable stating that the map was violating their terms and conditions.

Kurdish people belong to the region, Kurdistan. But, we know that this is not a country, so which country’s citizen are they?Here is the answer!
Like in the case of different currencies followed by region in respect to the countries, the same way Kurdish people are getting their citizenship.A Kurdish person owns Iraqi, Iranian, Syrian or Turkish citizenship (unless he/she acquires citizenship of any other country).Though, many of the Kurdish are Iraqis or Turkish.

‘Kurdistan Regional Government’ is the government governing in Kurdistan. The government is fully functional and regular elections are held. They have their own president, ministers and other political leaders.
The president of this region is Nechirvan Barzani.

There are official governmental websites, blog pages, news websites and channels running for Kurdistan. The region also has their own domain as ‘.krd’!We can find tourism website, news and so on.They also have a Twitter account: www.twitter.com/kurdistanHere are some:www.bot.gov.krdwww.thekurdishproject.org
www.cabinet.gov.krd
www.kurdistan24.net
www.rudaw.net

There is freedom of religion and practicing beliefs in the region, but under certain conditions. The majorly followed religion in the region is Islam followed by Christianity and other religions.