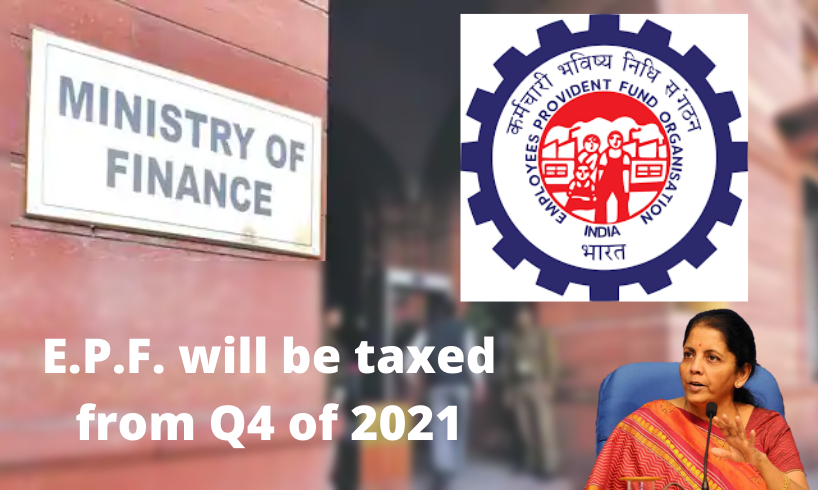 EPF stands for ’employee provident fund’. It is a scheme brought by the Employees’ Provident Fund Organisation under the Indian Government. This scheme ask the employees to pay certain contribution towards the scheme which will be allocated and paid back in lumpsum with interest at retirement or at quitting the job.

Since 1952, it was a non-taxed fund where investors (employees to be exact) enjoyed the lumpsum amount with interest after their job. This same scheme witnessed a few drastic changes with the new decision taken by Indian Government.

The Indian Ministry of Finance passed a new bill on August 31, 2021 making it an ‘amendement’. This amendement says that the amount going into EPF will now be divided into two parts where one of the part will be taxed. It is to be noted that all EPF accounts would not be taxed. (Source: Ministry of Finance)

Here are the new policies which came into effect: