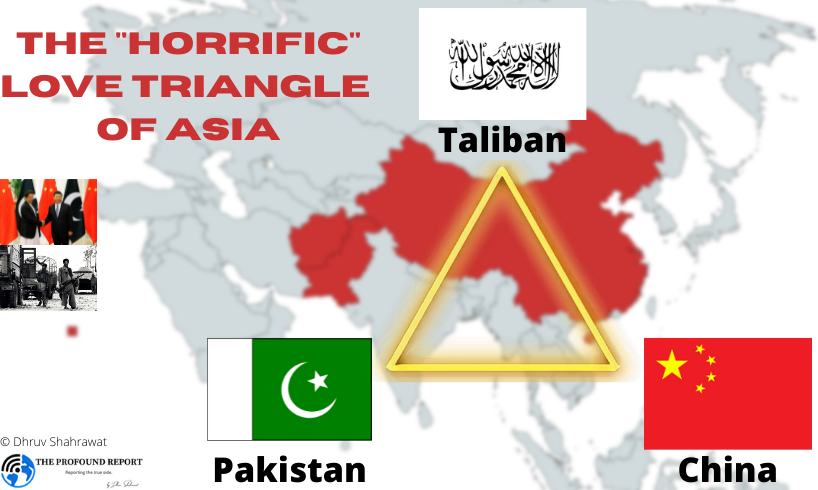 In July 2021, American Forces left Afghanistan and withdrew their influence over the country.

On August 15, 2021; Taliban took over the entire country, Afghanistan by taking control over the capital city, Kabul and the ARG Presidential Palace (in Kabul).

Read this full scenerio and history: Why Afghanistan Is Suffering?

Many of us would be thinking that this is a Taliban’s sole victory and now they will be able to enjoy a licentious lifestyle where they will enjoy all the resources dominating the Afghans. But in reality, this is not the only victory.

Pakistan-Afghanistan Relations have been really bad since the start because of various reasons (like Durrand Line Dispute, land disputes, dirty politics and Pakistan’s support to terrorism). Amid this, Pakistan always wanted Afghan Government to fall. This can proven by observing Pakistan’s unconditional support and love towards Talibani Government. Pakistan supported Talibani Rule of 1996-2001. Also, many cases are seen where youngsters getting trained from Pakistan are found as members of Taliban. (Reference: Imran Khan supporting Taliban)

Pakistan has been selling weapons and military material to the terrorist group, Taliban. This was done under the table and with a lot of careful acts as Afghan Government was fighting against the same. Now, after Talibanis’ takeover, these deals are eased and will increase with the demand.

Pakistan’s neighbour, ‘Afghanistan’ is like an enemy whether it be because of politics, land dispute or ethnicities. Taliban’s entire focus is on extremism and exploiting the country where no development is expected from their rule. This will actually help Pakistan as it’s enemy neighbour won’t develop whether it be in terms of military, tourism or economy. All these factors might lean towards Pakistan then. The basic example of this can be of many Pakistanis who are supporting Taliban and the Pakistani Prime Minister, Mr. Imran Khan calling Talibanis ‘civilised’. (Reference: Imran Khan’s speech on Taliban’s conquer)

Pakistan is accused of its right-wing fascist ideologies where it cannot tolerate diversity. Whether it be religious (non-Muslims and Ahmediyyas), language (Urdu, Bengali, Punjabi etc.), or cultural. Under this mindset, Pakistan is suffering ethnicities like Pashtuns, Hazaras and Ahmediyyas, now it will be easier for Pakistan to wipe out minorities like Hazaras and Ahmediyyas as both the government hate these people. Talking about Pashtuns, Pakistan will try to push them towards Afghanistan by training and handing them to Taliban.

Kashmir was an indpendent state until King Hari Singh signed ‘Instrument of Accession’ on October 26, 1947. Amid this, Pakistan and China didn’t acknowledge Kashmir becoming a part of India. Since then, Pakistan is after Kashmir region. The Pakistani Army could never win against India and captured only a portion of Kashmir (now known as POK). Even after this, Pakistan still wants more portion of Kashmir and wants Indian Government to recognize the same. Now, with the help of Taliban, Pakistan can train and use Afghan and Pakistani terrorists over Kashmir. Also, Taliban will use extremist/right-wing ideology to fuel the Kashmiri population in the name of religion, ‘Islam’ as majority of the population in Kashmir compromise of Muslims. All of this can be supported by China.

Afghanistan is blessed with variety of natural minerals. Currently, there are more than 1,400 mines around the country which contain elements like gold, barite (used in medical equipments), lithium (used in batteries), ruby (used in jewelleries). According to United States Geological Survey, these resources are worth more than 1 trillion USD!

China happily recognised the Talibani Government and is all set to use these resources where Taliban is fully supporting China. It is to be noted that China is planning this since decades where it developed CPEC Project is developing with full swing. The government also plans to connect Peshawar (in Pakistan) with Kabul (in Afghanistan) to reach CPEC so that all the resources can be transported to China.

Afghanistan’s geographical location is very strong in terms of geopolitics. It is located in Central Asia and countries like USSR, USA, UK and Pakistan always wanted to put their influence over this region, but now, China will take over this benefit soon.

China is well-known for persecuting religious minorities to spread hatred and extremist communism. It is found to be persecuting Chinese Muslims. Amid this, China had a doubt over Pakistan and Afghanistan being Muslim countries that it will go against China seeing the torture over Muslims there. Also, almost no chances are left that Pakistani/Afghan terrorists would ever interfare in China.

Kashmir was an indpendent state until King Hari Singh signed ‘Instrument of Accession’ on October 26, 1947. Amid this, Pakistan and China didn’t acknowledge Kashmir becoming a part of India. Since then, China is after majority of the land of Kashmir. The Chinese Army successfully invaded and capture Aksai Chin region after Indo-China War of 1962 but this is not recognized by India. Even after this, China still wants more portion of Kashmir and wants Indian Government to recognize the same. Now, with the help of Taliban, China can train and use Afghan and Pakistani terrorists over Kashmir. Also, Taliban will use extremist/right-wing ideology to fuel the Kashmiri population in the name of religion, ‘Islam’ as majority of the population in Kashmir compromise of Muslims.

China is blamed for tangling different countries of the world under debt trap. In many cases, the main aim of China giving debt to other nations is to target them for debt trap. For example, ports of Sri Lanka taken by China for colonialization. Similarly, China’s better control and more influence over South and Central Asia will enable it to persuade countries like Afghanistan, Pakistan, Nepal etc. to take loans.