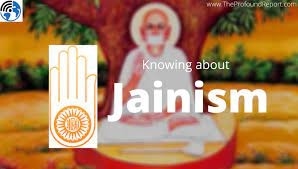 Jainism is an ancient religion founded thousands of years ago by Mahavir Swami somewhere in the land of what we call it as India today. People who follow Jainism are called ‘Jains’ or ‘Jainis’. Most of the Jains around the world reside in India. According to Census 2011 of India, about 0.36% of the total population of India call themselves as ‘Jains’. (Source: Census 2011 Reports) We have USA and Kenya compromising largest shares of Jains after India.

In Jainism, there are about twenty-four main prophets (or religious teachers). These prophets are called ‘tirthankaras’ as per their religious beliefs and Sanskrit language.

Birth and life of the first master: Rishabhanatha

We do not have exact information about the first master’s life and timeline as it is a matter of more than 2,500 years ago and there are conflicting opinions from all the sides. All the information provided might not be exact, but it is widely acceptable.

Rishabhanatha, the first ‘tirthankara’ of Jainism was born in present-day Ayodhya, India. It is believed that he was born in Ayodhya to a royal family where his father was a king of his territory. There is no direct answer to his birthdate and time period. But yes, according to many believers and religious texts, he is assumed to be lived crores of years and was 1,500 feet tall. But, we believe that it was just a personification to glorify his importance. While, he wasn’t so tall or aged in reality as it is not possible to mankind.

It is believed that there were about 23 masters (tirthankaras) who suceeded the first master, Rishabnatha.

Life of the last master and the founder: Mahavira Swami

It is really interesting to know that the last master (tithankara) in Jainism, who was ‘Mahavira Swami’ is considered to the founder of present-day ‘Jainism’.

Around 540 BC, Mahavira Swami was born about 2,500 years back (between 599 BC and 540 BC) in Vaishali, Bihar, India. It is noted that his family worshipped the 23rd master, Parshvanatha and hence followed his ideologies. Since childhood, Mahavira was a bright child whose conversation was really intellectual.

Around 510 BC, he turned 30 year old and left his home in pursuit of spiritual awakening and becoming an ascetic. He used to medidate hard and helped the society. It is believed that he became more spiritual and connected to god.

Around 500 BC, he gained immense intellect and became really calm. It is believed that he attained omniscience (the state of knowing everything). After this, huge transformation was noticed by the people near him. Since then, he started preaching and teaching about the 23 masters and the way of life.

Around 497 BC, he established a religion named as ‘Jain’. This religion gained enough support and many people converted in the same. Regular prayers and religious activities took place and norms were set. He wrote various texts in his lifetime. Later, all of those texts were collected and known as ‘Agamas’ which is the main religious texts for the religion.

There is no proper evidence or historical remain of any site which claim about any ‘oldest’ Jain temple (worship place of Jainism). There are various historical sites found in India and Pakistan which date back to 1,500 years or older. Usually, Jain temples are in form of caves with inscriptions, art work and contains of pillars. We found, ‘Jain Mandir’, Karla, Maharashtra in India to be the oldest. (Visit: Visiting Jain Temple in Maharashtra)