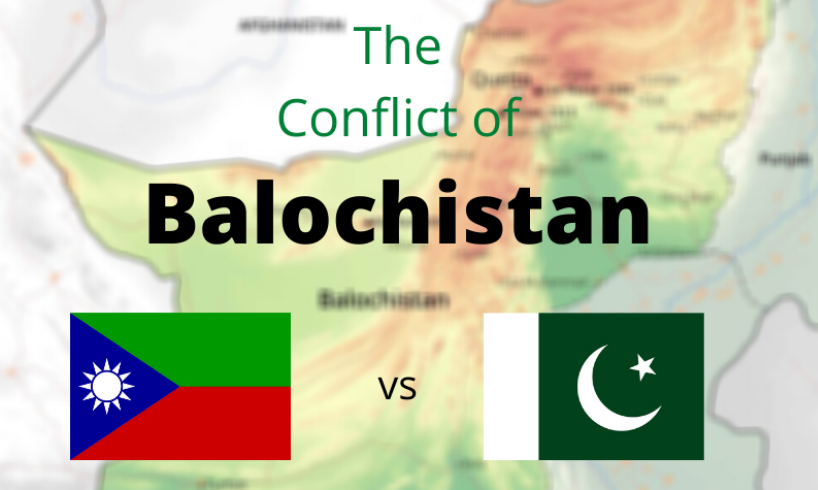 Balochistan is a province located in Pakistan. This province is almost half of the land of the country. The largest city of this province, ‘Quetta’ is considered as the capital of the province. ‘Jam Kamal Khan’ is the current Cheif Minister for the province. Interestingly, this province accomodates only 4% of the population of Pakistan. It is really good to know that this province is immensely rich with natural resources like copper, gold, oil, gas and so on.

Despite of being a resource-rich province, it is in the worst state when compared with other provinces of Pakistan. Majority of the population live in deplorable housing conditions. The people don’t have access to safe drinking water, nutritional diet and electricity. In short, they have a primitive and a poor lifestyle.

Balochi and Pashto are the most spoken languages in the region.

In 1749, the region was a part of ‘Afghan Empire’. It is noted that this dynsty did not work for the people good and imposed dictatorship. Moreover, the people expected a peaceful and an individual state for themselves.

In 1870, British came to capture the land and promote dictatorship. Unfortunately, they were successful in capturing the land making it a part of ‘British India’.

In 1900s, ‘The Indian Independence Movement (1857 – 1947)’ popularised in this land and many Balochis supported it. It is noted that some political parties, rebel groups and movements were started to stand against British rule and gain freedom. Balochis wanted to be a part of India. For example, ‘Anjuman-i-Watan Baluchistan’ which was a political party promoting independence and becoming a part of India.

In August 1947, Balochistan got freedom from British Rule and the land what we call it as Pakistan today separated from India and became an individual state. This was a major setback for Balochistan which wanted independence but wanted to become a part of India.

In October 1947, Muhammad Ali Jinnah (former PM of Pakistan) wanted the region to be a part of Pakistan and not become an independent state. While, ‘Khan of Kalat’ (the ruler of Balochistan) was not willing to sign for the same but he was willing Pakistan to maintain defence and foreign policies.

In March 1948, Balochistan became a part of Pakistan as ‘Khan of Kalat’ signed for the same. But, this was not accepted by most of the Balochis which led to capitulation for Pakistani Army enterring their land.

In 1970, Pakistan established the land as a province named ‘Balochistan’ and declared ‘Quetta’ as the largest and the capital city for the province. Apart from this, all government bodies were established.

After overviewing and knowing breif history, we can understand the Balochi conflict now. Here are the reasons which make Balochis rebel against Pakistan:

As discussed earlier, Balochistan is enriched with natural resources such as gases, oil, gold, coal and so on. Pakistan extracts and uses such resources extensively and it can be said that major part of economy is supported by these resources. The issue arises when Pakistan starts exploitation. It does use the resource but it is not concerned about the Balochis. No benefit is given to the locals and they still live in poverty. Summing up everything, Balochis are not getting profit and benefits which other Pakistanis get.

Pakistani Government is not at all concerned when it comes to Balochistan. The government is really carefree towards the land and people which made the locals live in extreme poverty.

As we know, Pakistani Government is not concerned about the place and only uses the resources, we find that there is almost null development taking place in this province. There are no proper infrastructures, roads, jobs, access to safe drinking water, food and so on. Electricity supply is dead most of the times. It is noted that large section of the society don’t even have a roof on their head. Unemployement increases when Balochis are not given proper education too.

Bunkers and bases of USA intelligence/army is present across Balochistan which was definitatly allowed by the Pakistani Government and no action is taken against them. These American forces with other groups actually creat a chois and a warzone. This affects safety and peace for Balochis living on the land.

Balochis often support India over Pakistan, and it is a worldwide fact that Kashmir was ruled by the king, Hari Singh who signed a deed in 1960s which gave the entire Kashmiri land to India after he sensed threat to his land from Pakistani Army. But still, Pakistan has illegally and unethically acquired part of Kashmir (known as POK). Not only this, Pakistan doesn’t even work on eliminating terrorists in the country which later plan to disturb India.

Just like Bengalis before 1970s, Balochis are often discriminated in Pakistan too. It is reported by many Balochis that other Pakistanis don’t treat Balochis well and they are not much preferred. Moreover, Balochis don’t get jobs outside Balochistan due to lack of education and bad behaviour by other Pakistanis. This gave birth to inequality.

Afghanistan War (2001 – present) is giving a signaficant presence in Balochistan itself. The terrorist group, ‘Taliban’ which is the root cause of this war crossed the borders frequently to reside in Balochistan too. They encouraged the Balochis to fight against Pakistan for their independence but there way and plans were really not acceptable. Talibanis promoted terrorism in Balochistan and actually increased the crime rate over their. This led to increase in chois and Pakistani Army never got serious against Tablibani and other terrorist presence on that land.

9. Arresting Balochis with no warrant

It is recorded that many political party leaders, social activists and people who raise their voice against the government are arreseted by Pakistani forces and no warrant or a proper reason is given out in court.

We should understand that this rebel didn’t just exist when Balochistan became the part of Pakistan. It actually got on fire on different time periods. Here are those:

The initial rebel began when Balochistan became the part of Pakistan and Pakistani Army was enterring their land.

The conflict was hyped again due to increasing hatred against Pakistan but the Pakistani Government hid this conflict well and fought against the rebels.

After the defeat of rebels in 1959, they formed groups and again fought against Pakistan but they couldn’t make it.

These conflicts were more brutal. The rebel groups and individuals increased but again Pakistani Army defeated them all and gave a strong impact to end such groups for long time.

After the brutal end of such groups and a lot of killings in 1974, the hype of rebel came again in 2004

Pakistan is not at all ready to give Balochistan their independence. This is because:

Balochistan compromises 44% of Pakistani land and no country would lose that signaficant size of land that easily.

Gwadar is a port city located in South-West coast of Balochistan. It was developed by China and it is a quite useful port due to increasing trade through it. Moreover, China has taken this port on lease to perform operations.

CPEC stands for ‘China-Pakistan Economic Corridor’. It is a collection of multiple projects that are under construction throughout Pakistan since 2013. These projects develop SEZs, ports, roads and routes to trade across Pakistan from China. These projects are majorly funded by China which are very much based upon the natural resources and routes across Balochistan.