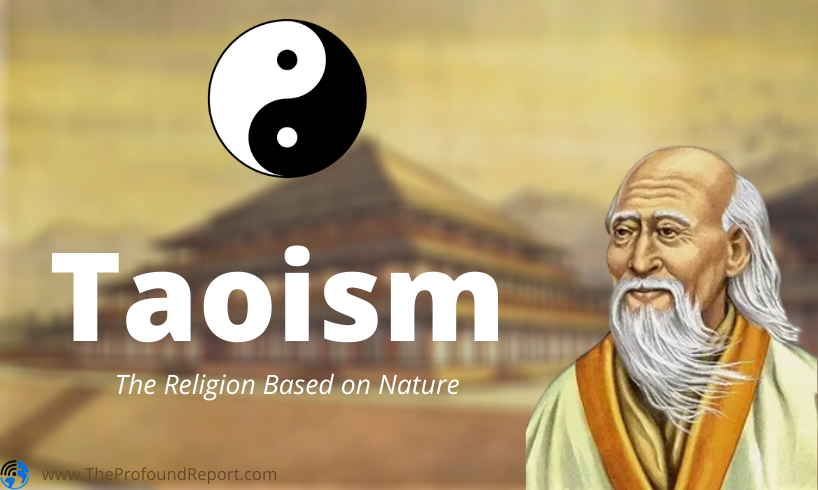 Taoism is a religion founded by Lao Tzu around 142 BC while the foundations date back to 491 BC. Tao Te Ching is the central sacred scripture for the religion. As of 2020, roughly about 0.1% of the world’s population practice this religion. Taiwan, China and USA are the three highest contributors of Taoists around the world.

Timeline of The Founder’s Life

Around 551 BC; Lao Tzu was born in Chu, Zhou Dynasty (now in China) to Li Jing (father) and Xiāntiān Empress (mother).

Since childhood, he was a really wise kid who would engage himself in social work and grasping knowledge from others.

Around 531 BC; he started working as a Record Keeper in a public court in present-day Chu, China under the government of Zhou Dynasty. It is believed that he was successful in his career and his work was appreciated.

It is also believed that everyone gave him full respect because of his profound knowledge and good behaviour. Everyone were keen to learn new things from him and he would teach them with full zest.

Around 491 BC; the corruption level in Zhou Dynasty, especially in the courts increased to a massive level which made him irriated and uncomfortable to work.

He was tired of all this and decided to quit his job and stop serving for the dynasty. This was really sad for everyone in the court as none of them wanted him to leave but nothing could change his decision. While he was passing Hango Pass, Luoyang (China) a doorman of the court asked him to write down all his knowledge and teachings so that everyone can continue to study those even when Lao Tzu is not present.

He wisely agreed with this demand and wrote many texts which are now included in the sacred scripture, ‘Tao Te Ching’. These texts included various teachings mostly based on the nature, medical sciences and natural resources.

Around and after 488 BC; he started to preach the people and bless them with knowledge about the world. It is to be noted that his teachings are majorly based on ‘nature’ and learning about it. He emphasized everyone over his philosophy of relating the life with water. He not only taught the benefits of water, but also preached the people to be like the flow of water. He believed that humans should live the way like water which gives life and benefits to everyone but does not expect anything in return, rather keeps on flowing and forming new shapes. Apart from this, he asked everyone to not to worry about the results and keep doing their tasks, managing their responsiblities.

It is to be noted that he is also known as a peer of Confucius (a Philosopher and a Preacher) and they both were somewhat of same age. A large scale of population believed in these two philosophers and started practicing

It is to be noted that he is also known as a peer of Confucius (a Philosopher and a Preacher) and they both were somewhat of same age. A large scale of population believed in these two philosophers and started practicing their teachings.

After 451; he passed away due to natural causes in Qin, Zhou Dynasty (now in China). Even after his sad demise, the people kept practicing and studying upon his teachings. Gradually this became a part of people’s culture.

This was undoubtedly a very influential step where many people started to call themselves as ‘Taoists’.

The very first Taoist temple is unknown or debatable as it might be destroyed in civil wars and the attack of bad communism. This is really unpleasant to learn.

In 831 AD; Guangrenwang Temple is located in present-day Ruicheng County, China was built by the government of Tang Dynasty as they were ruling the land at that time. It is known as the oldest surviving Taoist temple in the world.

He later grew up to become a philosopher inspired from Taoism.

He is credited as the creator of the symbol, ‘Taijitu’. The dark swirl, is associated with shadows, femininity, and the trough of a wave while the yang, the light swirl, represents brightness, passion and growth.

In 1395 AD; he passed away due to unknown or debatable causes.

After this, some philosophers and time kept on modifying the symbol, Taijitu to maybe make it more clear and understandable to the people. Hence, it is known as Ying-Yang now and looks different from the original one.

Some Facts about Taoism