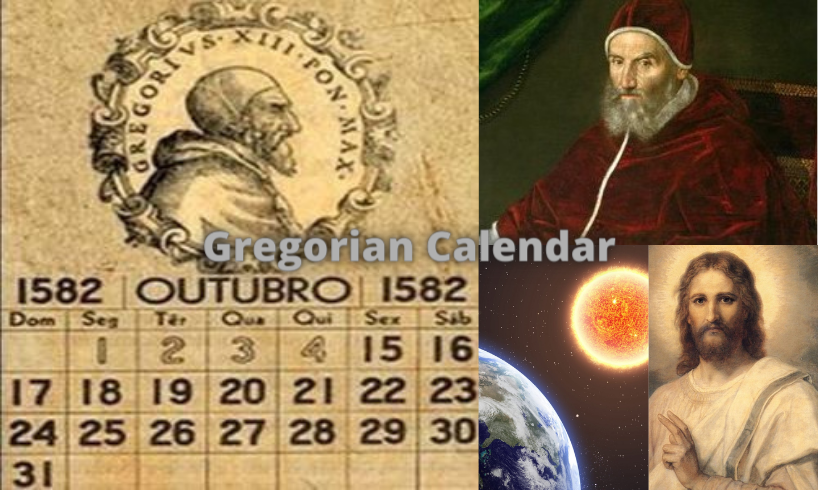 There is hardly any country left which doesn’t use Gregorian Calendar for their jurisdiction and administration purposes. From international relations to internal work, everything is based on this calendar.

What is the origin?

Gregorian Calendar is a calendar (a system of dividing time into fixed time periods). It was proclaimed by Pope Gregory XIII on September 29, 1582 in Habsburg (present-day Italy). It is considered a reform/successor of the Julian calendar.

Meaning behind the months’ names:

January – named after God Janus who is/was a Roman God considered as a ‘god of beginning’.

February – named after the festival, Februalia which is meant to “cleanse” and “purify” involving offerings, prayers and sacrifies.

March – named after the Roman god of war, Mars.

April – named after the Latin word, ‘aperio’ which means ‘to open (bud)’ where plants begin to grow in this month.

May – named after the Roman goddess, Maia who is believed to observe the growth of plantations.

October – adopted from the Julian calendar.

November – adopted from the Julian calendar.

December – adopted from the Julian calendar.

Why the new year is on January 1 every year?

The new years always begin on January 1 because the Earth revolves around the sun in exactly 365 days, 5 hours, 59 minutes and 16 seconds which ultimately falls on January 1 itself. This is why an year is also called as ‘earth year’.

Read more about AD, BC concept

Why major part of the world follows the same?

In 1752, many regions around the earth (especially the kingdoms spreading across today’s Europe) adopted this calendar as it was logical and introduced by the Pope who was respected by majority of the population as he is considered holy and a leader in Christianity.

Since 1800s, the French, Spanish, Germans and Britishers are credited to conquer, expand and reach out various other lands either by taking over the deals or taking down various empires. During their politics, the Gregorian Calendar was promoted and adopted in the administration.

After 1920s, many countries were getting independent or forming administration, majority of then adopted this calendar to maintain uniformity, make international relations easier and this calendar is considered undoutedly scientific and logical made on both the creteria, solar and lunar.