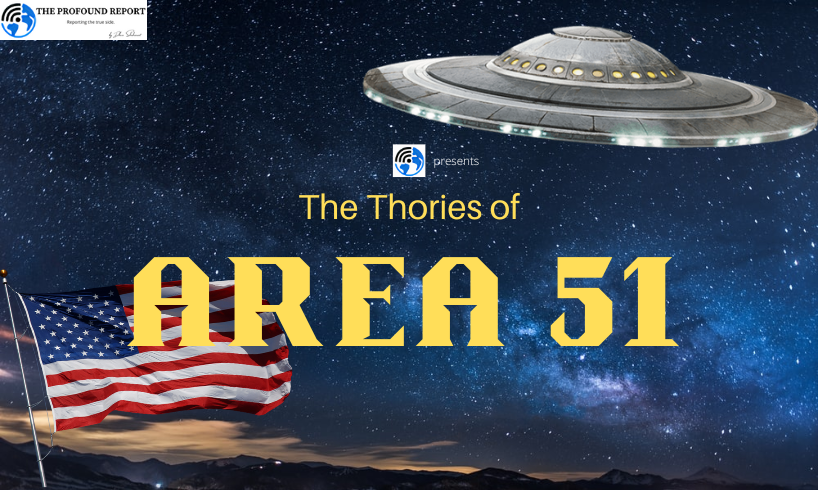 During the horrific World War II where about 30 countries were shedding blood with hatred, The States being a superpower was developing and testing nuclear weapons, fighter jets and panzers. American Government chose and constructed various airbases and facilities across states like Nevada, away from the human settlements to test the war equipment confidentially and safely. One of these facilities is known as ‘Area 51’. This facility was built during the Second World War but was used for Vietnam War and backing up against the communist USSR. Since then, this place has developed a mystery of its existence and the theories behind American Government’s dark secrets regarding adaptation of new war technology boosted by the theories of extra dimensional beings. We find reports of labour law violations where the staff is kept confidential and asked to work over bizarre objects, bodies and viruses. Connecting the dots, there are certain points which prove that a lot is smelling fishy where existence of aliens come through and secret research is being conducted which can be hazardous to humanity. What is hidden? The research essay tries to uncover various theories, facts and conspiracies regarding this tip of the iceberg loaded with unsolved mysteries.

Military facilities or weapon-testing areas are only intrigued by the rival countries, rebel groups or terrorist organisations but the case with Area 51 is totally reversed as it is the most popular and controversial military facility in the world with most of the conspiracies and theories ever made just for these kinds of locations. ‘Area 51’ is not the official name as American Government’s records call it ‘Nevada Test and Training Range’. This construction of this place began with the approaching end of Second World War and it was successfully completed in 1955. Initially, this place came out to be fruitful as the nuclear weapons, panzers and fighter-jets are being tested which were used in Vietnam War. Since then, this military facility is blamed for violating labour laws, harming human rights, practicing avoidable military testing and hiding the technologies and discoveries which is totally pushing against humanitarianism. The conspiracies have reached to a heavy extent that there are certain points which divert us to Area 51 having connections with aliens.

In this age of internet, it is evident that this mystery will fuel up again as the youth is highly interested in fascinating theories like aliens, multiple dimensions and time  travel. We know the fact that internet is a boon and a bane at the same time. It is very humorous to learn about the social media on Area 51. There are plenty of captioned photos being shared, called ‘memes’, over the social media platforms regarding this mysterious and dreadful zone. In September 2019, Matty Roberts, who is an avid user of social media, created an ‘event’ on Facebook with name ‘Storm Area 51, They Can’t Stop All of Us’ where millions of users registered to participate in the same. Though, only a hundred of them participated where they indeed failed to reach the zone.

During the horrific World War II, it was apparent that superpowers like USA would be running to test nuclear weapons and other war technologies to gain victory, control and authority. For this, American Government proposed and constructed various military facilities ordered by number, like, Area 1, Area 2 and so on. These testing zones were established on certain regions of Nevada and Utah states based on low or no human settlements and fulfilling geographical demands. These zones were always kept away from the settlements to protect the civilians from radioactive waves, chemical releases and explosives. Strategical reasons like making the zone inaccessible, confidential and unlocatable are also there. Comparing all these zones, Area 51 is the most protected and controversial military zone also this is the only ‘military facility’ in the world with the most suspicious activities reported. Being the most restricted zone on Earth, no one is allowed to loiter around and the staff always stay inside this zone only as they are never spotted being travelling from this place frequently. Boards and dividers can be spotted under the radar of 16-kilometres only where American Police is pro-active in patrolling. Drones, satellites and even military aircrafts are forbidden to enter even the radar of 16 kilometres. According to the sources, this region is installed with magnetic sensors which observe all the vehicles whether land or air and give them signals to stop. Around 2015, the Former Security Guard, Fred Dunham revealed that the people inside this zone were exposed to toxic fumes. He also revealed that he was ordered to shoot down the people or vehicles at site as soon as he sees the targets coming under the 16-kilometre radar. This zone came to the light and gave chills to people in 1996, when a person named Art Bell was connected to a radio show streaming on the popular radio station, Coast to Coast AM where he revealed something dreadful. From the call, we found out that Art Bell was a former employee at Area 51 and what was going wrong there. He was found sobbing and told us that he was let go for a week on a medical discharge. He didn’t have much time to talk over the radio which made the host to tell something quick, to which Art Bell agreed upon. Amid this, he revealed shocking elements, he talked about getting triangulated, extradimensional beings and alien objects. The former employee also blamed the management for not being what they claim to be. This conversation always leaves everyone in shock and it is totally expected that a lot of questions would arise in our mind. Many people believe that this was a staged publicity stunt initiated by the radio station to gain popularity, but it is to be noted that the entire radio station was shut down for some time after this conversation, the signals were breaking for real and the most horrific fact is that the man behind this conversation, Art Bell, was never located or anything related to him was not found. Another astonishing story is of an Engineer and a Physicist, Bob Lazar who claims to have served at Area 51 being posted at S4 Department of the same. In 1989, he claimed that the alien and unidentified-flying-objects were studied at his department where they analysed how the alien spacecrafts work without significant fuel. Bob Lazar further said that their department discovered an anti-gravity metal having atomic number of 115. This claim seemed to be a theory only until 2003 when Ununpentium was discovered having atomic number of 115 and it has potential to create anti-gravity effect. With these events, we cannot neglect Bob Lazar and term his claims to be false as it is nearly impossible for him to predict the same element and talk about it fourteen years before the actual discovery. He also claimed to have probed an extra-terrestrial aircraft which came from a star circle, 40 light-years away from Earth. To uncover this zone further, we cannot miss the story of the Scientist, Dr. Dan Burisch who came in front and unmasked more mind-boggling things. He asserted that his department at Area 51 used to research on viruses, they also tried to extract potential viruses from alien objects or maybe from aliens too. According to him, Wally Kasza and Bob Frost were two employees working at his department who got infected during their experiment. These two employees were not medically treated very well and they ultimately lost their lives. The American Government and management gave their best to hide this sorrowful incident. Amid this, a case was filed for violating the labour laws, but this case was immediately dismissed as ‘Area 51’ did not exist as per the governmental records. Some doctors who researched on the employees and their medical reports also stood against Area 51 where they claimed to have unexplained death causes and substances in their bodies which didn’t exist on Earth until then. Till now, this is a terrible mystery where we don’t know the cause of their death as the American Government was not receptive to conduct research on this case. Dan Burisch also made the bizarre claim of communicating with an alien termed as ‘J-Rod’ through a computer language. It is very ironical that Area 51 was not considered as a real location, but it was later declared as an actual place only in 2013 when Central Intelligence Agency published an article regarding this. This proves that how politics affected the existence and the cases couldn’t be taken to court on time which translates that justice remained undelivered for the people who lost their lives or suffer from labour law violations. In 2014, the reputable magazine, Wired, reported that a top-secret aircraft was spotted flying above Area 51 which was way ahead of this time. It didn’t seem to be something or Earth as it had colour-adaptation technology which enabled it to change colour as per the environment which could make it close to invisible just like a chameleon.

There are many theories and stories like these which generates too much curiosity and chill that it doesn’t let us sleep. These stories are also shameful that how bad humanity fell just for the power and authority as the government is hiding a lot of facts which could affect the humanity, while the research work and discoveries are being made in an unlawful manner where our scientists are being taken for granted just for the sake of discovery. The stories and theories we learnt above are still not confirmed but some of them sound very logical as they have valid proofs, events and witnesses. Many would not believe or agree with the Area 51 being something mischievous and just call it a military facility, but we must consider the unavoidable facts that it is the most protected zone on the planet Earth, government didn’t acknowledge the existence until 2013, there are various undefeated theory like the metal of 113 atomic number and last but not the least, government neither came to talk about this region nor cleared the doubts of citizens. This is indeed an ‘unsolved mystery’ as of now.