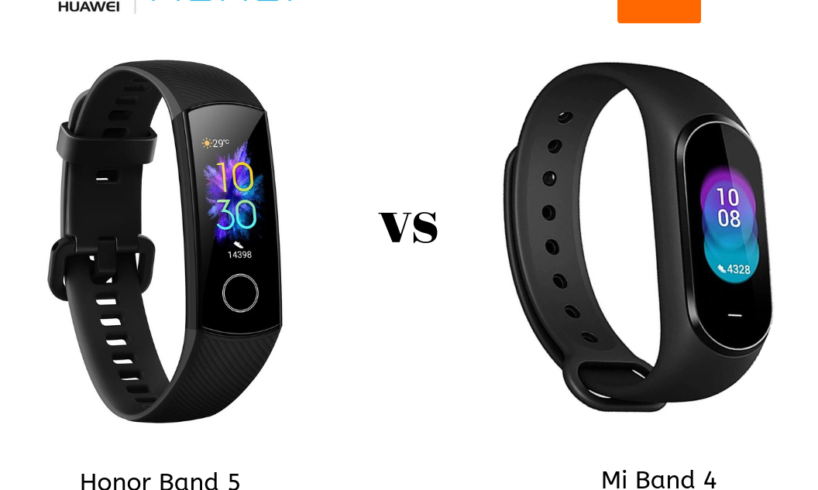 After the recent launch of Huawei’s Honor Band 5, many of us are confused to judge that it is better than Mi Band 4 or not, and what to go for.

Here is complete comparison of both the smartbands.

Both the smartbands have same quality display. Both feature a 0.95 inches AMOLED screen display with 240 x 120 pixels.

There are more diverse options available for straps of Mi Band 4 while Honor Band 5 has limited.

The charging time for both the smartbands is somewhat the same. In terms of battery backup, Xiaomi promises to give 20 days backup after one full charge (Mi Band 4 has 135mAh battery)  whereas Honor Band 5 promises only 14 days(it has 100mAh battery).

Every individual vary choices and preferences. Though, according to majority of people, Mi Band 4 is better in looks and design as compared to Honor Band 5. This is because:

Honor Band 5 comes with a traditional watch strap which is more easy to wear, quick and comfortable than Mi Band 4.

Mi Band 4 offers more watch faces and their are much of third-party apps available for customizing them, while Honor Band 5 has limited watch faces.

Both the smartbands have rating of 5ATM for water resistivity and can go up-to 50 meters.

Mi Band 4 comes with functions like music control, camera control, alarm etc. which are not there in Honor Band 5.