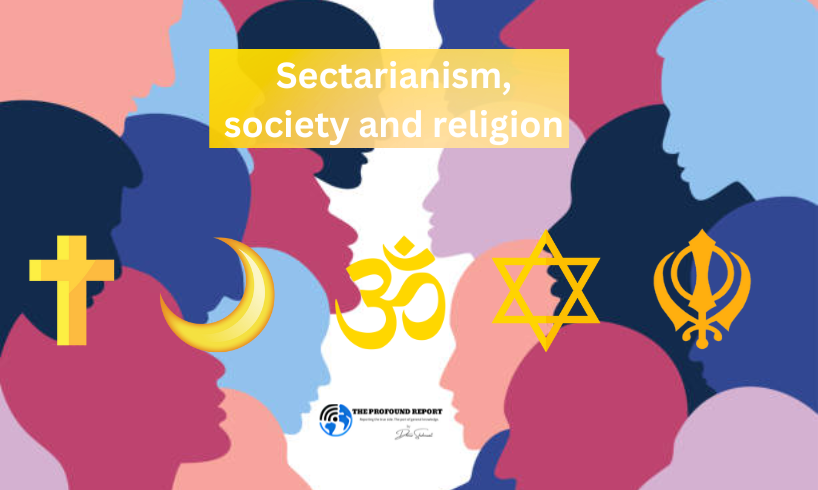 There are plenty of religions in the world with different sects and variations all modified with the language, culture and political differences. Religions are meant to unite and serve the people, but humans often fail to implement the same. Unfortunately, humans have been succeeding in practicing sectarianism perfectly. The major examples of sectarianism include:

Sects like Catholic, Protestant, Eastern Orthodox, Oriental Orthodox and so on while these sects are even further divided into subsets like Catholic having sub-sects namely Latin, Roman, Coptic and so on.

Sects like Vaishnavism, Shaivism, Shaktism and Smartism in Hindu society along with class-based division considering the caste and work (based on Varna System which includes Brahmin, Kshtriya, Vaishye and Shudra).

Sects like Haredi, Dati, Masorti and Hiloni in Jewish society.

It is really depressing to learn that religions are made to unite but people further take out opportunity to divide making sects. We have a lot of cases of extremism, hatred, discrimination and dirty politics with sects.

Do these religions support sectarianism?

Surprisingly, none of the world religions support sectarianism and any kind of division. Here are some basic quotations from different religions:

Paul the Apostle, who is credited for Galatians (the ninth book of New Testament) clearly mentions in the Galatian’s Verse 28 of Chapter 3, “There is neither Jew nor Greek, there is neither slave nor free, there is no male and female, for you are all one in Christ Jesus.” Further we also have quotation from Jude Verse 19 of Chapter 1, “It is these who cause divisions, worldly people, devoid of the Spirit.”

Prophet Muhammad PBUH, who is credited for the revelation of the world’s fastest growing religion, Islam is often regarded to predict that there will be about 73 sects of Islam, all created by people. Even though, Islam condemns creation of such sects multiple times like we read Verse 159 of Quran’s Chapter 6 (Surah Al-An’am) which says “Indeed, those who have divided their religion and become sects – you, [O Muḥammad], are not [associated] with them in anything. Their affair is only [left] to Allāh; then He will inform them about what they used to do.”

Ved Vyas, who is credited for compiling Vedas, one of the oldest scriptures on Earth spreading Sanaatan religion clearly mentions “No one is superior, no one is inferior. All are brothers marching forward to prosperity. (Traditional: Samaani va Aakootihi Samaanaa Hridayaanivah, Samaanamastu vo Mano Yathaa Vah Susahaasati. – Sukta 191, Mantra 4)” in 10th Mandal of Rig Ved (part of Vedas).

Prophet Abraham, Prophet Moses etc. who are credited for the revelation of Abrahamic theories of monotheism, clearly mention in Psalm book’s 139:13-14 of Old Testament (Tanakh), “God knit us together and we are fearfully and wonderfully made.” We have more quotations like in Hebrews 12:14 “Strive for peace with everyone, and for the holiness without which no one will see the Lord. See to it that no one fails to obtain the grace of God; that no “root of bitterness”.

Sikhism’s sacred text, Guru Granth Sahib says in Japji 28, “Accept all humans as your equals, and let them be your only sect.”