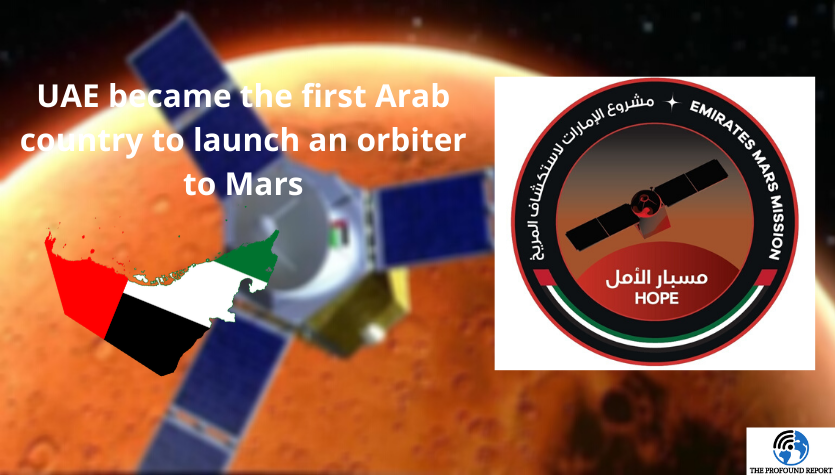 United Arab Emirates (UAE) is an Asian country located in the Middle-East. This country is under a constitutional monarch, ruled by Mr. Khalifa bin Zayed Al Nahyan. Since 1970s, the world noticed a massive growth in the country. The country comes with futuristic cities, rich culture, a lot of touristy places and what not!

On July 16, 2014; the ruler, Mr. Khalifa bin Zayed Al Nahyan announced ‘Emirates Mars Mission’ (shortened as ‘EMM’), which is a mission or a project targeting to reach Mars.

In 2015, UAE gave the world, first insight of this upcoming project to the planet, Mars controlled by ‘Mohammed Bin Rashid Space Centre’. During this, the space centre released their first ever detailed teaser of the mission.

Here is the teaser:

On 19 July 2020, EMM launched ‘Al Amal’ (translated as ‘hope’ in English) which is the first ever orbiter from an Arab country to reach near Mars. The probe will study daily and seasonal weather cycles to know more about the planet and the environment. According to Mohammed Bin Rashid Space Centre (MBRSC), this orbiter is expected to reach near Mars by February 2021.

Here is the actual footage of launch:

We can visit https://www.emiratesmarsmission.ae/ for the official website of the mission.

An Emirati Scientist explained about this mission in detail in one of his speeches with TEDx.