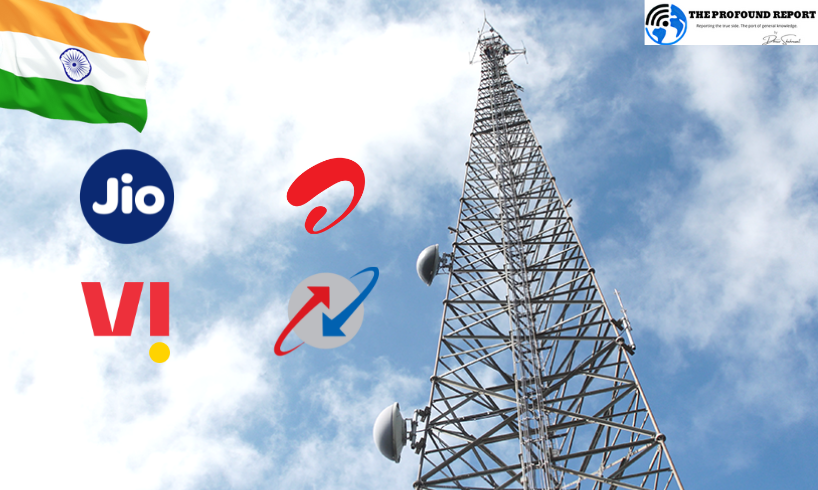 India is the world’s second largest telecommunications market with about 1.17 billion subscribers as of 2022. According to Forbes India, this industry contributes about 6% to the Indian GDP. The third-largest industry in terms of FDI inflows, the telecom sector supports 2.2 million jobs directly and indirectly and accounts for 7% of all FDI inflows. The amount of FDI entering the telecom sector between 2014 and 2021 increased by 150% to $20.72 billion from $8.32 billion between 2002 and 2014. The automatic approach currently permits 100 percent Foreign Direct Investment (FDI) in the telecom industry.

It is really weird to learn that there are only four mobile operators who are dominating in such a big market. The four companies include, Jio, Airtel, Vi and BSNL.

Here are the challenges faced by this industry in India:

In many cases, Indian Government (especially the state governments) tend to charge heavy funds for permitting the laying of fiber and setting up the network towers. Also, the government is widely criticised for corruption and taking too much time for paperwork and implementations.

The radio frequencies allotted to the mobile industry and other industries for wireless communication are referred to as spectrum. According to a research, India’s available spectrum is less than 40% compared to other nations like China having more than 50%. Mobile companies struggle to offer services at acceptable speeds due to the government’s expensive auctions of spectrum.

The Indian telecom industry is presently seeing a sharp and sustained reduction in ARPU, along with declining profits and occasionally significant losses, which is forcing it to consider consolidation as its only option for increasing revenues. Recent Supreme Court approval of the government’s request to collect from telcos adjusted gross income of approximately Rs 92,000 crore has added to their concern.