You are here: Home History 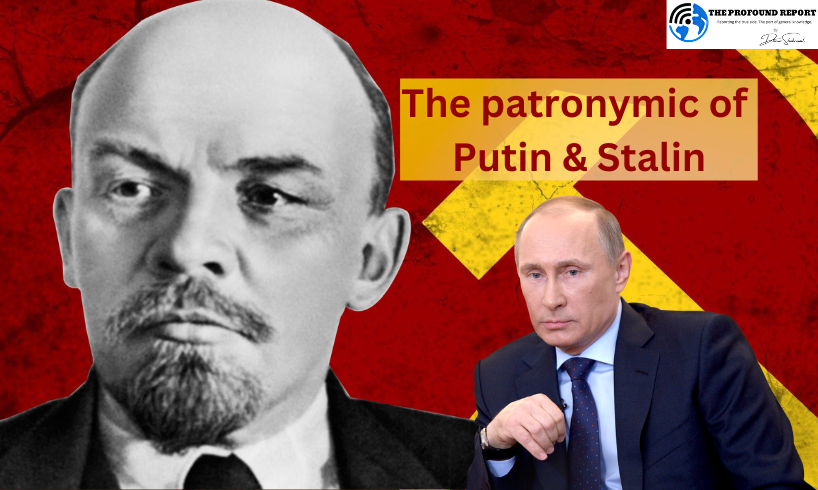 The Russian President, Vladimir Vladimirovich Putin has been serving as the President since 2012 having previous experiences of working as a politician and as a former intelligence officer for the Russian Federation. He has been the highlight of the world news always because of the ongoing Russia-Ukraine War and his political strategies which often leaves the West in nightmares. Many of us, must have observed his name having ‘Vladimir’ as his patronymic which matches with Vladimir Lenin’s patronymic which is of course ‘Vladimir’ too. We will discuss about this same and learn about different perspectives worked around with theories.

‘Patronymic’ is a name derived from the name of a father or ancestor, typically by the addition of a prefix or suffix.1

‘Vladimir’ is a Russian name which roughly means “the one with peace on his side”. The origin of this name can be traced to the Slavic ethnolinguistic group which is the largest in Europe. According to Moscow Times, it is one of the oldest and most common male names in the Slavic world.2 The education resource portal, ThoughtCo states that ‘Vladimir’ is one of the most common Russian middle names.

Link between Lenin and Putin

There is no direct relationship between Vladimir Lenin and Vladimir Putin. Though, we find a gripping link between these two personalities. The link is the grandfather of Vladimir Putin, Spiridon Putin been a Russian Chef, served as a personal chef of Lenin. His grandfather somewhat supported Leninism too. This was stated by Vladimir Putin himself in a documentary by the Russian Journalist, Andrey Kondrashov.3

Why do they share name if there is no relationship?

Lenin and Putin, both got same patronymic, ‘Vladimir’. There is still no concrete theory which would explain why their patronymic fall same and it looks more of a coincidence as of now because Vladimir, which means roughly “the one with peace on his side,” is one of the oldest and most common male names in the Slavic world.

The British Author & Journalist, Henry Porter claimed in an article submitted to Vanity Fair that it is not an “accident” where they share the same patronymic, but he never talked about it further. This was further criticized by The Moscow Times via an article.

According to my assumption, Spiridon Putin might have kept the patronymic name of his grandson, Putin same as Lenin that is ‘Vladimir’ as an inspiration. Most probably, the sharing of name comes out to be coincidental maybe.