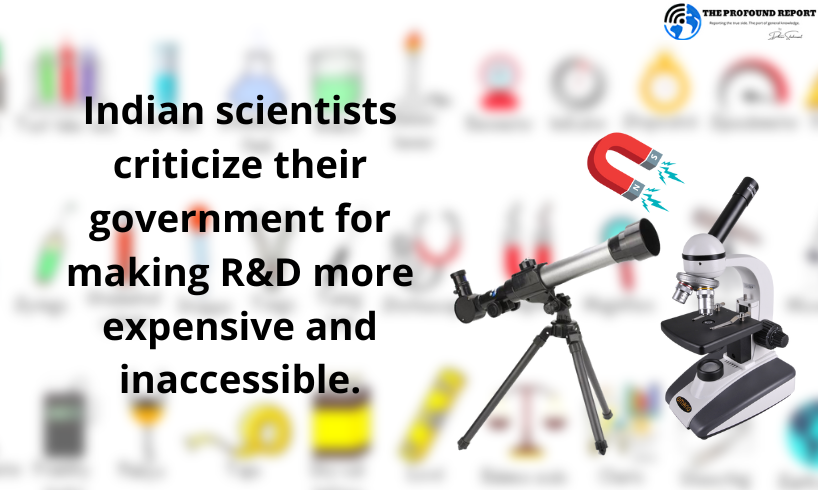 The Indian Financial Budget of 2022 launched in February 2022 is widely praised as well as criticized. Modi Government is known for coming up with new schemes, bills and various decisions frequently erupting different controversies. In July 2022, the central government decided to hike the prices of scientific equipment by increasing the GST rates. In response to this, several Indian scientists (working in public and private sectors) have widely condemned this decision.

GST Council’s meeting held on July 18, 2022 in Chandigarh, India, made changes in the GST rates. One of the major chance was increasing GST rate by 7%.

According to NITI Aayog’s Report launched in 2021, India spends less than 0.7% of its Gross Domestic Product (GDP) for “research and development”. This is noted to be the amongst the lowest in the world. Indian scientists were already suffering with such a low funds but now it is becoming more difficult when the government increased the GST to 18% (applied on R&D consumables and equipment) in July 2022 from 5% in the past.

Two of the examples of Indian scientist criticizing are as follows:

This was Tweeted by the official account of the Principal Scientist at CSIR Institute of Microbial Technologu, Dr. Amit Tuli.

This was Tweeted by the official account of the famous Indian Physicist, Dr. Arindam Ghosh.

Modi Government has now successfully contradicted themselves again by introducing these reforms as the Prime Minister, Narendra Modi was himself promoting “Atmanirbhar Bharat” and promoted research & development multiple times like he did in ASSOCHAM Foundation Week 2020: