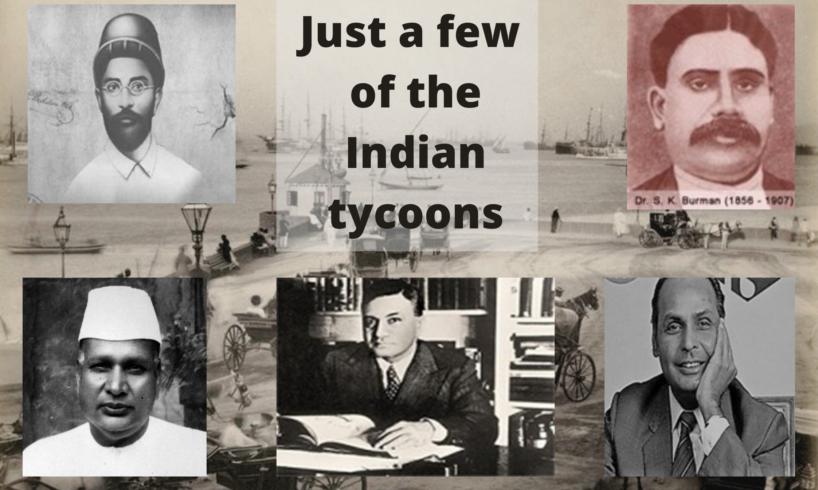 India is considered a great country for sourcing intelligent minds. Despite the British Indian dictatorship where native Indians were not provided power, there are thousands of still-in-business Indian corporations which were established during British Indian rule.

Ardeshir Godrej was an Indian businessman born in Bharuch, British India in 1868. Since his high schooling in J J Fort Boys’ High School, Bombay, he used to take business lessons from his father and grandfather who both were in sales under real estate industry. After dropping out his career of being a lawyer in Zanzibar, Tanzania, he started more gaining more interest towards business management and sales. Carefully analysing the market, he found a business opportunity of selling ace quality locks and safes in the Indian market where he noticed that people in India didn’t have much home-grown options to buy locks and safes to keep their assets secure. This gave a heavy jumpstart to his entrepreneurship, establishing Godrej Group in 1897. He further kept on looking for such opportunities and diversified his business to soaps and household products.

Dhirubhai Ambani was an Indian business tycoon who was born in Junagarh, British India (now Junagarh, India) on December 28, 1932. He was a dedicated to the field of business since his early life which made him leave for Aden, Yemen working at A. Besse and Co. which was the largest transcontinental trading firm. He worked hard in the trading industry and learnt about the import-export businesses. He was later appointed in the sales department of Burmah Oil to sell oil products and shells. He is often remembered as a far-vision personality who thought of selling silver bullion by melting it as the value of raw silver is more than the bullion. Using his work experience and knowledge, he started trading spices in the late 1950s with the name of ‘Reliance Commercial Corporation’. Seeing his success and high profit-making, he immediately cracked the business opportunity of the booming textile industry by supplying synthetic textiles. He gradually expanded Reliance into various sectors further.

S. K. Burman, born in Calcutta, British India (now Kolkata, India), in 1856 was an Ayurvedic Doctor and a businessman. Since his early life, he started practicing Ayurdic medicines and treatment. With his deep knowledge and sharp entrepreneurship skills, he observed that Bengal famines, unethical control of British Indian Government and limited medical facilities made cholera, constipation and malaria very common. He used this as a business opportunity establishing Dabur selling ayurvedic treatments for the same and promote the social cause of treatments. He also sold toothpastes, hair oils etc. He kept on diversifying the business.

Jamnalal Bajaj, an Indian industrialist was born in present-day Rajasthan, India in 1889. Since childhood, he was very much active and keen towards the entrepreneurship which made him work in his family business under the guidance of his grandfather. He is often praised to have good bookkeeping and selling skills. Having confidence in his visionary plans, he established ‘Bajaj Group’ in 1926 and later starting with taking over a sugar factory in Uttar Pradesh, India. After making good profits, he with his son who completed his education from University of Cambridge grabbed the business opportunity of two-wheeler market in India which was newly introduced and the upcoming need of the people.

The Indian industrialist, Jagdish Chandra Mahindra was born in Ludhiana, British India (now India) in 1894. He took over the financial responsibility of his family at a young age when his father passed away. He strongly believed in the power of education where he always ensured that all his brothers and sisters study hard and complete their education. He gained experience working in Tata Steel and in Government of India seeking entrepreneurship and management skills where he analysed the demand of steel and vehicles after World War II. Quitting the job, he with 2 others established ‘Mahindra & Mohammed’ as a steel company. After the creation of Pakistan, one of his partner (named Ghulam Mohammed) left the country and company for Pakistan in support of right-wing ideology and became the first Pakistani Finance Minister. While, the name was changed to ‘Mahindra & Mahindra’ where they grabbed the business opportunity of need of Willy jeeps in India. He with his partner, KC Mahindra, kept on expanding the corporation further.