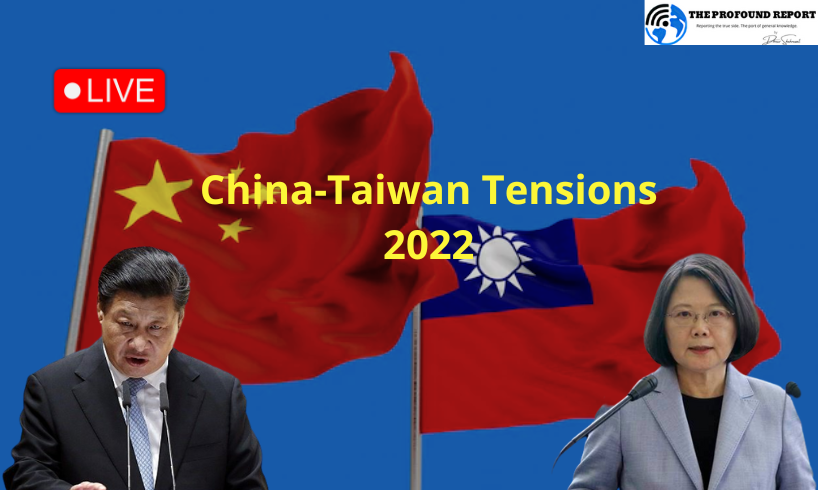 We must have seen the global coverage over the China-Taiwan-USA tensions which rose in July-August of 2022 where an American politician entered Taiwan without certain permissions triggering Chinese Communist Party (CCP). Many news agencies and various spokespersons were found spreading different speculations, some even said that this can erupt World War 3 which is very unlikely and lame to claim. Here is the full timeline of these tensions.

To learn about this, we would first need to clear out the basic background. Here it is:

China, officially known as ‘People’s Republic of China’ is a country located in East Asia. It is known for historical remains and the Chinese cultures. This country, founded in 1949, is often called as ‘Mainland China’ to avoid confusion with the another country having similar name, ‘Republic of China’.

Taiwan, officially known ‘Republic of China’ is a country located in East Asia. It is known for manufacturing computer products been exported worldwide. This nation was established in 1912 after overthrowing Qing Dynasty. By 1949, the country lost the Mainland China to ‘People’s Republic of China’ and currently only the small island, ‘Taiwan’ (also known as ‘Formosa’) is left with Republic of China.

Now lets talk about the tensions;

Nancy Pelosi is an American Politician who is a Member of Democrat Party. She is the Speaker of the United States House of Representatives. It is to be noted that she is accused of certain political malpractices and leaking of confidential information for monetary gains but we don’t know what is true as of now. She is known to be actively taking part in anti-CCP events. For example, this event:

On July 29, 2022, China publicly warned USA to shoot the American military plane carrying Nancy Pelosi. Here is a Tweet from Global Times which is a CCP affiliated media;

Though, Nancy Pelosi and her mates didn’t change their plans and still decided to go to Taiwan without any fear. It is astonishing to know that Pelosi will be flying on a ‘military airplane’ for which CCP is more concerned about and claims to have “the right” to shoot it down as it will be a military vehicle flying in Chinese zones without the Chinese permission. These things all together created a panic in the island, Taiwan. Along with this, Taiwan Stock Exchange (TSE) reportedly witnessed losses harming the Taiwanese economy.

Amid this, many Taiwan residents protested against Pelosi’s visit.

On August 1, 2022, Russia decided to support CCP in response to this and blamed USA of unnecessarily erupting wars and conflicts in Asian regions for competitive and political gains. In short, Russia has accused China for destabilization.

By August 2, 2022, USA deployed their two powerful aircraft carriers, namely, Abraham Lincoln and Ronald Reagan near Taiwanese ocean in order to be prepared if required. While, People’s Republic of China (CCP) has already been conducting military drills in the region of Taiwan Strait and is also found out to be prepared near Taiwanese ocean for faceoff. It is reported that the most advanced Chinese drone, ‘Twin-Tailed Scorpion Drone’ is found to be used for vigilance.

We know Taiwan is known to be the largest semiconductor manufacturer in the world. This industry is seen to have a setback where even companies like TSMC (world’s largest manufacturing company) indicated their threat of closing their business if CCP invades Taiwan.

Around 8:15pm, Pelosi’s plane landed Taiwan safely and she was successful visiting the country and showing support.

On August 3, 2022, another country came out in support for CCP. It was expectedly, Pakistan. It is really ironic that Pakistan decided to support China over this conflict at the same time when Pakistani Army Chief, Qamar Javed Bajwa, reportedly appealed for help from USA to get their loan released from IMF.

With the verbal support of Russia and Pakistan, China has blocked all the Taiwanese ports and is reported to have surrounded the entire island from all sides.

Talking about the neighbour, India, we learn that Indian Army and American Army came into an agreement which will enable them to conduct military exercises in Uttarakhand state of India near LAC (Line of Actual Control) i.e India-China Border.

On August 4, 2022, China rained 11 ballistic missiles towards in Taiwanese ocean. In response to this, Taiwan is preparing for the defense. One example is that Taiwan is reportedly laying underwater and underground mines to counter Chinese invasion.