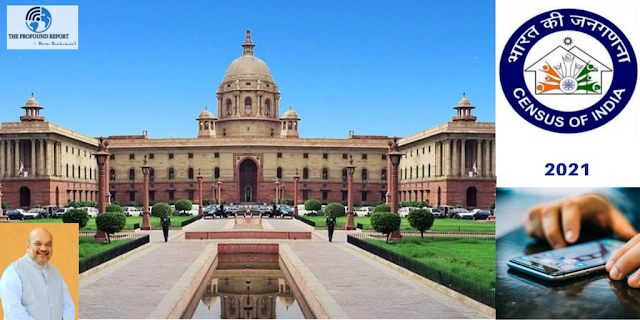 Census is the procedure of systematically collecting and recording information regarding the population of a country, territory or a place.

Census of India has been conducted 15th times as on 2011 while the first was conducted in 1881. It is conducted by Registrar General and Census Commissioner of India under Ministry of Home Affairs, Government of India after the country’s independence in 1947.

Census 2021
In India, the first ever Census conducted was in 1881. Since then, Census is being conducted every ten years in the same traditional ways with certain improvements and advancements. Now, according to the Indian government and the words of Indian Home Minister, Mr. Amit Shah, the authorities are deciding to conduct the upcoming Census in March 1, 2021 (snow-bounded regions on October 1, 2020) digitally. If this is implemented, it will the first time ever in India when Census will go digital and a really big advancement brought up. This will surely boost the Indian campaign, ‘Digital India’. According to the sources, there will be an application (for phones) designed to conduct so. Ethiopia and Swaziland were successful while digitizing Census.

Here are some benefits which may come out:
The digital ways could be much faster than the traditional pen-paper method as using the app is quicker and easier. Also, there will be less need of the authorities to reach out every place of the country.
This method shall benefit by reducing the costs incurred and accomplishing the tasks.
This method can be effective as right thing could be done at the right time. Hence, it will save time.
There can be wide provisions for technological improvements for the nation as this method will take the country to the next level of technology. There will be more research and development via this method.
Still, there are many people in the country who don’t have proper access to internet and better technologies (like phones, specifically, smartphones). This may act as a medium to make the citizens of the country shift to new technology.
There can be hiking demand and choices in the country to get a phone, specifically smartphone. This may increase the sale of phones benefiting the market. This may also increase competition.
There will be more discussions and knowledge-sharing among people of the country about digitization and benefits of it. Also, there are many people in the country who don’t know how to use a smartphone properly. There may be people who would learn the use of smartphones via this.
The political campaign, ‘Digital India’, which aims of digitizing India and promote use of new technologies will become more popular reaching out people and contribute in it.