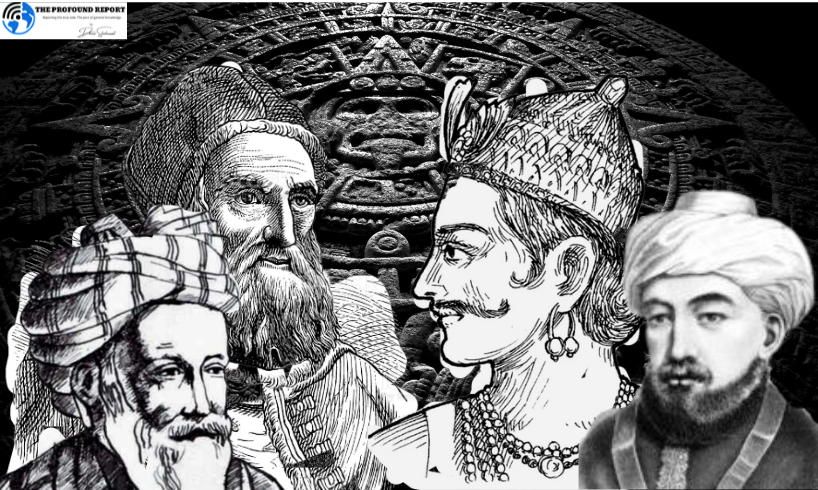 Calendar, the chart or series showing the days, weeks and months of years, has become the basis of all the activities humans perform. We cannot imagine our lives and the development without the calendars. It is really interesting to know that the entire world is dependent on the calendars, specifically the ‘Gregorian calendar’ which is accepted as the “civil calendar” in all the countries except Ethiopia, Iran, Afghanistan and Nepal. Kingdom of Saudi Arabia was also one of the countries which didn’t recognize Gregorian as the civil calendar until in 2017 when they shifted from Hijri Calendar.

Here we will talk about some calendars which exist in the world:

Gregorian Calendar is the successor of Julian Calendar founded in 1582 by Pope Gregory XIII. To read more about it, visit the brief article, ‘The man Behind Our Calendar’ by DS, also read about the concept of AD and BC on ‘AD and BC: Explained’ by DS.

Vikram Samvat is a calendar established by King Vikramaditya in 56 BC somewhere in his kingdom, ‘Gupta Empire’. It is a both lunar and a solar calendar (lunisolar) which is about 56 to 57 years ahead of the Gregorian Calendar. Having 12 months, the new year starts with Vaisakha month (which is April-May in Gregorian). A month can either have 30 or 31 days. It was the official calendar under Gupta Empire (included regions of today’s Indian subcontinent) until 550 AD when the empire was dissolved. Currently, it is the official civil calendar of Nepal and is followed by Nepalis and few people in India.

Saka Calendar is a calendar established by a Saka King in 77 BC somewhere in the Saka Empire (also called Shaka Empire). It is a solar calendar which is about 77 to 78 years ahead of the Gregorian Calendar. Having 12 months, the new year start with Chaitra month (which is March-April in Gregorian). A month can either have 30 or 31 days. It was the only official calendar under Saka Empire (included regions of today’s Indian subcontinent and Central Asia) until 12 BC when the empire was dissolved. Currently, it is one of the officially recognized calendar in India, that’s why it is commonly referred as ‘Indian national calendar’ and it is followed by some people in India, Indonesia, Malaysia and Philippines.

Ge’ez Calendar is a 12-monthed calendar based on Coptic calendar made by modifying the Julian calendar. It is about 7 years behind than the Gregorian Calendar because of the makers and believers of this calendar claim that Julian and Gregorian Calendars have made mistakes in ascertaining the birth year of Jesus. Asrat Gebre Mariam and Gebre Hiwot Mehari assert that the Romans used an incorrect estimate when they began counting the year of Jesus Christ’s birth. According to them, Jesus was born on a different date and year which calculates to January 7 of 7 BC if we convert it in Gregorian. This calendar is commonly called ‘Ethiopean Calendar’ because it is the only recognized civil calendar of the country, Ethiopia.

Hijri Calendar is a lunar calendar created by Khalifa Umar ibn Al-Khattab (Caliph of Rashidun) in 622 AD. The Hijri year calendar began with the Prophet’s migration, or hijra, in 622 AD, which also gave the calendar its name. This calendar also has 12 months having about 29 to 30 days in a month. It is the official civil calendar of Islamic Emirate of Afghanistan. It used to be a civil calendar of Saudi Arabia too until it was scrapped in 2017.

Hebrew Calendar is a lunisolar calendar created by Philosopher Maimonides in 3671 BC somewhere in the Middle East. This calendar got 12 months having about 29-30 days in a month. It is an official calendar of Israel at present.