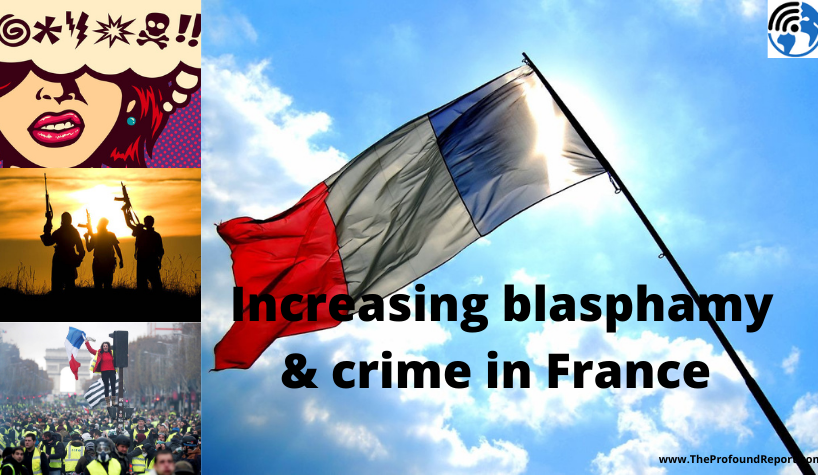 France is a country located in western part of Europe continent. This country is known for the historical remains, classical art museums and the iconic structure, Effile Tower located in the capital city, Paris. ‘French’ is the most spoken and the official language for the country.

What did actually happen in France?

In December 2015, The French satirical weekly magazine, Charlie Hebdo’s cartoons on Prophet Muhammad and Islam spread across the world. These cartoons were spreading hatred among the people and defaming Islam due to incorrect and inappropriate depiction. Many people (especially Muslims) stood against this but no action was taken by French Government as blasphemy is a legal activitiy in France.

Many people in France (especially Muslims) protested against the cartoon and demanded justice.

On Jan 7, 2015; two French men (named Said Kouachi and Cherif Kouachi) forced themselves in the office of Charlie Hebdo shooting 12 people and injuring 11 others in the office. The two terrorists were brothers who escaped after they committed the crime. It is reported that they attacked the office for publishing inappropriate cartoons defaming Islam.

From Jan 8, 2015; Many people in France protested for the safety and ‘right to speech’. They also demanded justice.

On Jan 9, 2015; Those two brothers were later encountered by French police and diagnosed to be connected with two terrorist groups, Al Qaeda and ISIS. This proves that they were trained and their brains were polluted with false principles and ethics. (Reference: CBS)

On Sept 25, 2020; another attack takes place on the same location where the magazine’s office was. The attack was executed by a 25-year old man who cam to France from Panjab, Pakistan illgally. He stabbed two people leaving them injured. (Reference: BBC)

On Oct 16, 2020; A middle-school teacher named ‘Samuel Paty’ was beheaded in the commune, Conflans-Sainte-Honorine located near Paris city by ‘Abdoullakh Abouyedovich Anzorov’ who was an eighteen year old male born in Chechen region of Russia and living as a refugee in France. This murderer was encountered by French Police minutes after the murder took place.

The teacher was murdered for showing the same defaming and hated cartoons made by Charlie Hebdo on the founder of Islam, Prophet Muhammad which dipicted the religious leader as a criminal with a bomb-shaped Arabic turban.

This incident is an example of religious extremism and increasing hatred.

From Oct 17, 2020; the people around the globe protested against this heart-breaking incident and demanded justice and safety.

On Oct 21, 2020; The killer was later reported to have contact with some terrorised extremists in Syria. (Reference: The Guardian)

On Oct 22, 2020; French Government projected the same cartoons on an official government building to show their support on blasphamy. (Reference: Independent)

This was not accepted as a good gesture by certain population of France as the country is promoting blasphamy.

On Oct 29, 2020; three residents were stabbed to death near a church located in Nice city of France. It was reported that the killer was an 21 year old male who was from Tunisia. His name ‘Brahim Aouissaoui’ and is under arrest. (Reference: BBC, Data on the killer)

On Oct 30, 2020; An attacker weilds a gun in the street and threatens public in Avignon, France. He was shouting, ‘Allah Hu Akbar’ (Arabic slogan which means ‘god is great’) as told by bystanders. He was shot dead by the French Police before he could do anything more serious. It was reported that he was neither a Muslim nor a ‘Muslim-Separatist’/’Muslim Extremist’. Rather, he was a right-wing supporter being a member of ‘Generation Identitaire’ which is a far-right group. He is identified to be 33-year old who was a Right-Wing Extremist and an anti-Muslim. (Reference: Anadolu Agency)

On Oct 31, 2020; A Christian Orthodox priest was shot on his stomach outside a church in night of Lyon, France while he was closing it down. He shouted ‘Allah Hu Akbar’ too and everyone stereotyped him to be a Muslim too. Later, it was reported that he was a Christian, moreover an Orthodox priest and had some personal dispute with the victim. (Source: La Parisein’s research on Lyon Attack)

On Nov 1, 2020; about six suspects get arrested for their alleged involvement in the church attack of Nice which took place on Oct 29, 2020. (Reference: France24)

France is a secular and a democractic country but there are certain issues when it comes to human rights and permissions.

Blasphamy means disrespecting, abusing or making fun of anyone’s belief (it can be a sacred scripture, god figure, sculpture, historical fact etc.) It is really shocking to know this is actually allowed in the country and the government considers it as ‘Freedom of Speech’.

We should understand that disrespect, spread of hate and toxicity is not freedom of speech. To be logical, it is actually disturbing the peace and damaging the actual purpose of freedom.

It can be easier for a person to disrespect and abuse other religions but everyone are sentient when it comes to their own religion.

Despite being a libreal country, there is a lot of discrimination in the system when it comes to religion of people. It is shocking to know that Muslims get less human rights when compared to other population just because of their different belief.

Face covering is a common practice done by Muslims who follow their religion line by line. It is weird to know that this is also banned in France. While, wearing face masks, veils, decorative stuff etc. are allowed. This is a clear discrimination that is quite illogical.

‘Burkini’ is a swimming costume which is popular among Muslim females to wear to the beach. It is actually banned in France and whosoever wears it, is actually arrested. While, anything similar to a ‘burkini’ or any covered swim wear is permitted.

‘Hijab’ (an Islamic head gear) is actually banned in France while it is allowed to wear caps, hats and any other head gear possible.

Islam religion and French Muslims are actually used as a political weapon by politicans and to play dirty politics. There is no logic or fact still given for this hyper-politicialisation of the religion and people.

Another agenda by dirty politics is being spreaded across the country named as ‘Islamic Separatism’. Rumours about French Muslims trying to separate from other French population is on its peak while there is no fact regarding that.

It is really common in France to find cases of discrimination on the basis of colour, race, nationality and religion. Not only Muslims, even Sikhs, Hindus etc. all are discrimininated certainly. This is all because of increasing hate and unnecessary rights given to public.

The President Macron states Avignon Incident and Lyon Incident as Islamic terrorism while the culprits were neither Muslims nor part of Islamic Extremists.

Instead of fighting against the terrorism and protecting the citizens, the government is indulged in spreading propogandas against a particular community to hide government failures. The spread of Coronavirus again, increasing crime rate of France, inflow of refugees etc. topics are not discussed.

Bringing communal hatred and highlighting cultural differences is a really old tactic used by government of many countries to hide their deeds.

The World’s Response on Increasing Terrorism in France