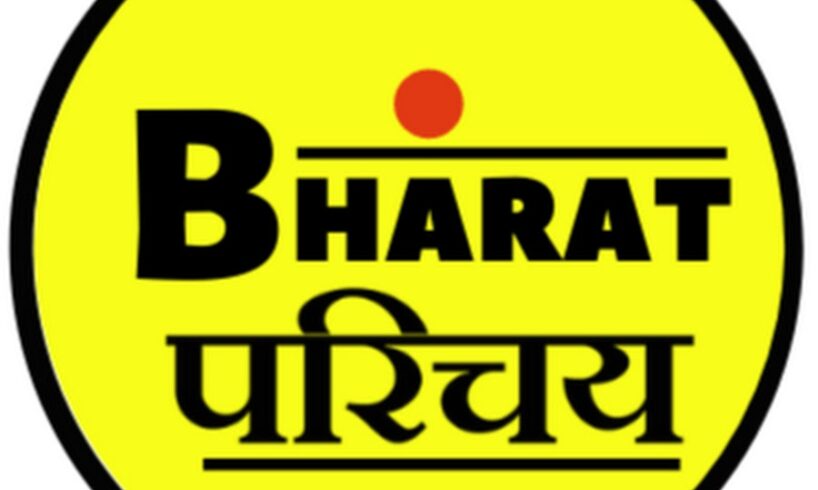 Bharat Parichay is a YouTube channel founded on May 17, 2012 while the the oldest video found on the channel was uploaded on March 14, 2018. The channel deals in current affairs, news and historical stories which revolve mostly around India and Hinduism.

The sad thing is that, the channel is found false information, spreading hatred and wrongly interpreted talks.

TPR analysed multiple videos of the channel and found this to be true. Here are some points which proof it.

On December 16, 2019, the channel released a video titled, ‘Dhruv Rathee Nonsensical ‘Reality Of Citizenship Bill’ Exposed | This Is True Reality Of #CAB2019‘. Here is the video:

The video and topic had no link with ‘Dhruv Rathee’, his name was used to increase the views as Dhruv Rathee is himself a famous personality. So, this was a mere marketing strategy (a clickbait on YouTube). Though, we don’t consider this to be wrong as this is how market works.

The issue is with the content of the video. If we watch the video the entire information passed is sugar-coated so well that it takes it to another direction. The purpose of this video was to support the discriminatory and senseless act, ‘Citizenship Amendment Act’ brought by Amit Shah (the Home Minister of India.)

Here are the counter points to this video:

4:54 Bangladesh isn’t an Islamic country. It is a secular state.

5:15 Decline of population is not India’s problem. It is the respective countries’ internal problem.

5:23 All three countries face a lot of Shia-Sunni conflicts and related discriminations. Also, Pathans in Pakistan, Ahmediyas in Pakistan and Afghanistan, Bengali-speaking Muslims in Pakistan, Baloch tribes in Pakistan etc. are suffering a lot.

5:30 The bill is entirely based on ignoring Muslim population and still you say that the bill is not based on religion.

5:45 All those Muslims got citizenship because they came to India legally and asked for it ethically.

6:25 This is such a lame excuse. There are terrorists and theives also hiding in our country. Should be accept them?

6:50 Borders and population exchange was open between India and Pakistan till 1951. Hence, they got more than 3 years to decide what to choose. I believe this was a major decision of their lives and it is their choice to live their. From your logic, I should get a free home in Delhi as my ansestors migrated to Meerut which was not a right decision for us as they lost their land there (which is now much valuable than Meerut).

9:40 What safeguard? Can you stop those new Indian citizens to live in North-East?

10:45 Hindus don’t only have India. They have Nepal and Mauritius (where Hindus are majority). Apart from these, countries like Suriname, Trinidad & Tobago, Fiji etc. countries have significant Hindu population. Anyways, why those minorities of other countries are the responsibilities of India?

11:55 This is a common sense that those new citizens would vote for BJP only.

13:10 We don’t want any illegal immigrant to get citizenship (not even if he/she is a Muslim). We want all of them to be sent back or kept in any detention camp or in any jail.

12:55 No one is stupid like Mr. Shah to welcome illegal people.

14:40 NRC is really useless if the illegal immigrants are getting citizenship under CAA.

14:50 Increase in job competition, rise in demand (increase in price of commodities), increase in poverty, increase in liabilities of treating those citizens, giving shelter to illegal immigrants and so on. Then you say, there would be no effect on the nation?

Vikas Fhatak is a person who has been a contestant of Bigg Boss 13 (an Indian TV show). He gain publicity through his abusive language especially against women. He his found abusing other’s mothers and sisters fearlessly while he also threatens others through videos. Though, he always escapes by claiming himself to ‘a person who speaks for his country’ while he is just a liability for India as he defames India as well as Hinduism (he wears Hindu attire) by using such words.

7:35 In response of this, the host of the video fearlessly promotes him and supports him. He supports the person who tries to defame Hinduism and India.

In the same video, he first supports ‘Hindustani Bhau’ despite of his language and threatening words, but also he advises everyone not to use abusive language. This is a paradox.

Does he mean that Hindustani Bhau has sole right to use abusive words?

Channel is found spreading incorrect facts in his videos.

On November 3, 2019, the channel came up with a video titled as ‘Was Nepal Going To Merge Into India? 1950 Nepal-India Peace Treaty Was In Danger‘.

0:28 In this video he clearly stated an incorrect fact that the happiest and most peaceful country in Asia is Nepal.

The real fact is that, Nepal is not even in the top 10 list of happiness and peacefulness in Asia. According to Global Peace Index 2020, ‘Singapore’ is the most peaceful country while Nepal ranks 73rd on the list.

In his another video on CAA, he claimed fake facts like:

10:45 Hindus only have India where they will find Hindu in large number. Reality: Hindus don’t only have India. They have Nepal and Mauritius (where Hindus are majority). Apart from these, countries like Suriname, Trinidad & Tobago, Fiji etc. countries have significant Hindu population.

Number of times, we can find the channel misinterpreting knowledge laid by someone and moulding words to come up to wrong conclusions.

3:22 Dhruv Rathee is using his brain in a right way but the host is not using your brain more, but sadly in a wrong way. Is this even a thing to catch? Calling 10M likes or whatever ‘kuch’ doesn’t harm him. If we see, CarryMinati has more than 20M subscribers and the video had more than 70M views. Looking at these things, 10M likes are actually ‘some/kuch’.

4:50 He called Mr. Siddiqui as ‘beti’ and I hope we all know what it means in his context. CarryMinati also called him ‘meetha’ which is quite popular in North India and indirectly abuses the third gender. While, he has always used those words in his other videos. Anyways, the host should read the meaning of ‘subtle’.