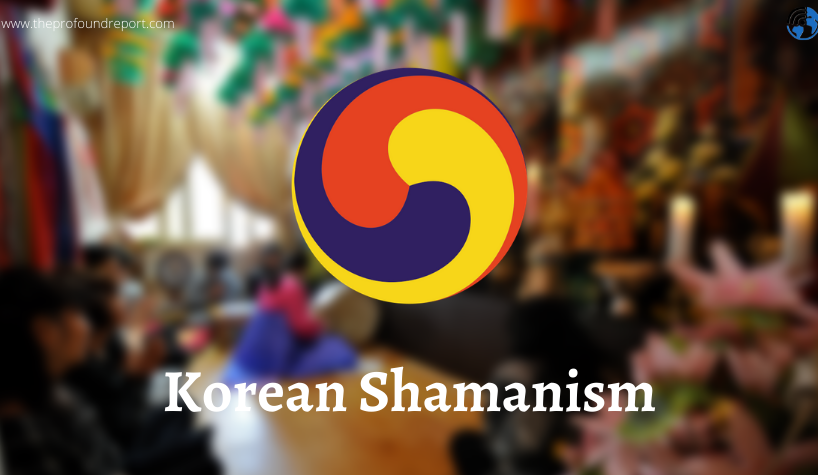 Korean Shamanism is a religion founded somewhere in present-day South Korea between 50 BC and 30 AD.

It is really difficult to determine the initial history or the origin of this religion due to limited evidences and facts. Some scholars say that this religion is thoroughgoing synthesis of Taoism and Buddhism. While, the original form of Shamanism is quite affected.

Between 50 BC and 30 AD; the religion originates with a man by the name of Bupu Whasang from present-day Hamyang, South Korea was passing by Mount Chiri who witnessed a strong and tall woman known as Holy Mother who is believed to be a spirit or a goddess-like figure. She became a human being and married Whasang. They both were blessed with eight daughters. All of the daughters were taught about various facts, techniques and the way of life. All of those teachings originated the religion, Shamanism. The daughters were properly taught the ways to connect to the god or energy. The daughters with the family later spreaded the religion by preaching at different places around present-day North Korea and South Korea. (Reference: ‘Numen’ by Mr. Jung Young Lee on Jstor)