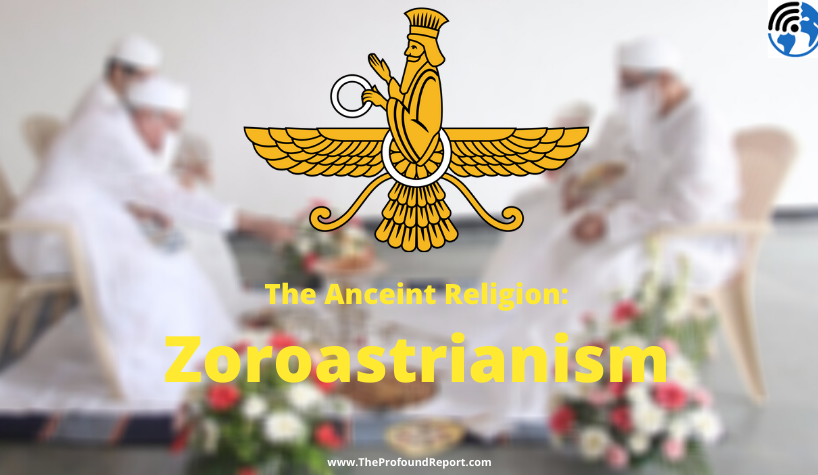 Zoroastrianism is one of the oldest relgions of the world founded by Prophet Zoraster which is probably monotheistic (religion which believes that there is only one god) which considers the spirit, ‘Ahura Mazda’ as the only god. The people who practice this religion are called ‘Zoroastrians’. ‘Avestan Gathas’ is the religious texts considered as sacred which was written by the prophet himself.

While, ‘Parsi’ is the name of a ethnicity or a community who all are Zoroastrians migrated to the Indian Subcontinent between 636 AD and 630 AD due to perceution in their homeland (now Iran).

The History (in form of timeline)

Around 1500 BC, Prophet Zoraster was born in either present-day’s Iran or Afghanistan (the birthplace is quite debatable). His parents were a part of Spitama Clan.

Since childhood, he was really observant and intellectual. It is believed that he was active and keen to indulge in social work. He was born in the clan which followed polytheistism (worship of more than one god).

After 1485 BC, he was married to two women who later gave birth to three sons and three daughters (six kids in total). While his last wife (the third wife) did not give birth to any child.

Since a really young age, he found out that polytheistism is not a good concept and it was lame to worship and believe in more than one god. He started debating people and started teaching them that this was not up-to the mark.

Around 1,470 BC, he was a 30 year old man who was full of wisdom and intellect. He gained divine vision of god and discovered ‘Mithra’ with six divine entities called ‘Amesha Spentas’. Mithra is the holy spirit The six entities are:

This is not a proven fact that these elements exist as humans or not, but yes, these are surely the abstract qualities and elements which the mankind should follow and abide with. We can assume that these elements are made to teach and guide human beings, especially Zoroastrians.

As soon he discovered these elements, he started teaching others about polytheism which refers to worship and belief of only one god. He also opposed animal sacrifices and harmful substances to worship the god and practice the culture. At this age only, he underwent ritual purification rite which transformed him a lot.

He wrote ‘Avestan Gathas’ in which we can find very limited story of his life. There are hymns to teach people about the philosophy and principles of humanity. The hymns also talk about the ways to worship and connect with the almighty god.

This led many people around him across Iran and Afghanistan convert to Zoroastrianism and practice the same.

Around 1423 BC, he might have died at the age of 77 or so due to unknown causes. Though, it is said that he was murdered by a priest of the culture followed by people before Zoroastrianism was discovered. This murder must be because of losing old culture and the feeling of jealously.

Even after his death, the population of Zoroastrians kept growing until the conquest of their land by some Arab kings and spread of Islam during 651 AD. Many Zoroastrians migrated to the Indian Subcontinent between 636 AD and 630 AD due to perceution in their homeland (now Iran and Afghanistan). They are now known as ‘Parsis’ in India and Pakistan.