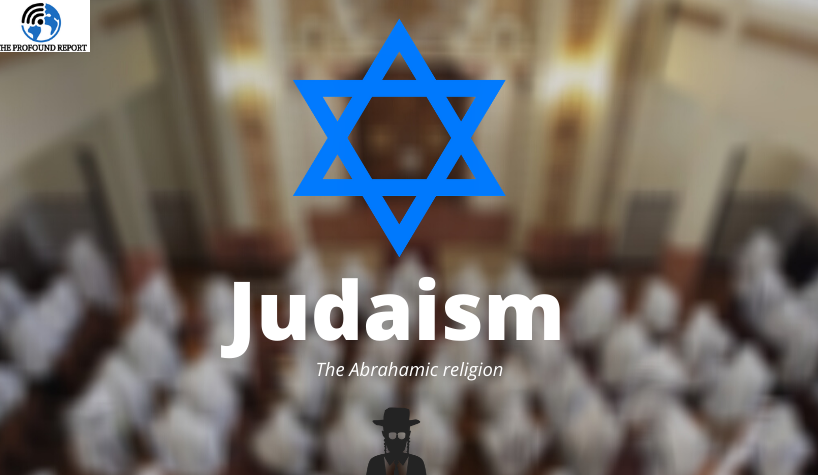 Judaism is an ethnic religion founded in present-day Israel, considered to be a monotheistic. It is the tenth largest religion in the world with more than 1.47 crores individuals following the same as of 2019. It emcompasses a wide body of texts, practices and beliefs. ‘Tanakh’ (also known as ‘Hebrew Bible’ is the holy scripture for the religion. ‘Israel’ is the only country in the world which is officially recognised as a Jewish country and Jews are majority in population. (Reference: Jewish Virtual library)

In 1813 BC (about 3,834 years ago), ‘Abrahim’ (also spelled as ‘Ibrahim’) was born in the region called ‘Ur’ which is presently located in southern part of Iraq to his fathar, ‘Terah’ and his mother, ‘Amathlaah’. His father, Terah was the Chief Officer of King Nimrod.

Almost all the people there (including Terah and King Nimrod) worshipped idols and considered the sun as their god.

Around 1812 BC (about 3,833 years ago), King Nimrod feared that the newly-born son of Terah would become a danger for this throne and power as he was a unique baby and a son of powerful person working under him. He commanded Terah to bring the baby boy to him so that he could kill him. Cunningly, Terah gave him baby of a slave instead of his own. As soon as he handed over the baby to King Nimrod, he immediately killed him and relieved for his throne to be safe in future.

Later, he let his wife and his son, Abraham to hide in a cave.

Around 1809 BC (about 3,830 years ago), Abraham grew to be 3 year old and discovered the worship of sun and idols to be silly and lame. His mother always told him great stories about the empire and Noah (a patriarch) who was a great and a knowledgable personality. He also got to know about ‘G-d’ which was considered as the most superior and was also considered to be the creator of sun, moon and everything.

In 1799 BC (around 3,819 years ago), Abraham at the age of 10 decided to leave the cave where he was living and meet Noah (a patriarch) about whom he got to know from his mother always. Unknown to everyone, Abraham made his way from the low country to the mountaineous regions of Ararat (presently located in the eastern region of Turkey). As soon he reached there, he was welcomed by Noah and his son, Shem who taught them about ‘G-d’. Abraham stayed with them till the age of 49 and kept on learning.

In 1760 BC (around 3780 years ago), Abraham at the age of 49 left Ararat and reached his birthplace where his home was and his father was living. He started to live with his father and work as a salesman of his father’s small business. King Nimrod got to know about his son to be alive and ordered his men to kill him by throwing him into the furnance which will burn him alive. Surprisingly, he came out of the furnace unharmed. Witnessing this miracle, people were all ready to worship him but Abraham asked the people to worship ‘G-d’ who is the almighty only god who is the creater of sun, moon and everything. He claimed that ‘G-d’ only saved him and he was just another human being. King Nimrod became afraid of Abraham and gave him various gifts.

Later, Abraham married to a woman named as ‘Sarah’.

In 1758 BC (around 3778 years ago), King Nimrod decided to kill Abrahim again with the fear of losing his rule. Fortunately, Elizer (a devotee of Abrahim and a worker of King Nimrod) told everything about the murder plan of Abrahim to him in advance. Learning this, Abraham (at the age of 50) with his wife and followers (more than 300) fled to Noah. About a month later, his father, ‘Terah’ resigned from King Nimrod and went to Canaan (presently located in Israel) to be a part of his son’s community where everyone resided. (Reference: Chabad Org.)

Since then, he gained immense support from the people around him and many started to follow the ways to worship he taught. He is known as a good personality who loved to help others and indulge in social welfare. He was also a motivational speaker giving guidance to many.

Around 1710 (maybe 3,730 years ago), It is said that ‘Abraham’ laid the coin for the religion ‘Judaisim’ (according to Hebrew texts). But this is still not confirmed.

In 1644 BC (around 3,664 years ago), he died due to natural causes (age) at the age of 164. He was then burried in present-day Hebron city of Israel. To be exact, his grave is located inside Ibrahimi Mosque, Hebron.

In 1391 BC (around 3,411 years ago), a man named ‘Moses’ was born in Goshen (now located in Egypt). Though, his birth date and lifespan is quite unknown as it debatable.

He is considered to be an important figure in Judaism who gave shape to the religion. He revealed YHWH as the name of the god and laid down certain practices. He also wrote the sacred scripture, Hebrew Bible (also called as ‘Tanakh’).

Between 1037 BC and 1010 BC (around 3,057 years ago), ‘Saul Ben Kish’ was the first ruler of this region who named the country as ‘United Kingdom of Israel’. He was a Jew himself and declared his country to be Jewish too.

Between 1010 BC and 970 BC (around 3,030 years ago), the country was ruled by King David who later died in Jerusalem (presently the capital of Israel). He discovered the six-pointed stars symbol which is now considered as the symbol of Judaism.