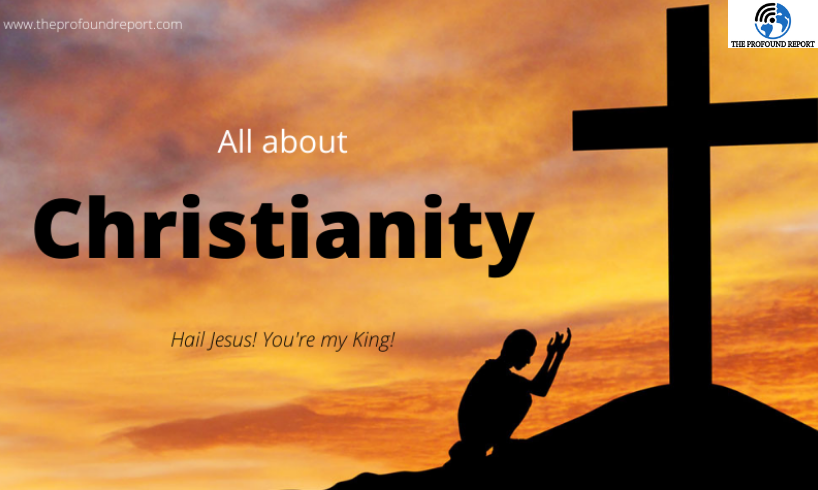 Christianity is the largest religion of the world founded by ‘Ministry of Jesus’ between 31 AD and 36 AD in Judea, Palestine. This religion is based on the life and teachings of the prophet, Jesus Christ. ‘Christian Bible’ is the collection of sacred scriptures for the religion which is divided into two parts, ‘Old Testament’ and ‘New Testament’.

The life of Prophet Moses

Around 1450 BC; Prophet Moses was born in Land of Goshen, Egypt to Amram (his father) and Jochebed (his mother). The newly born baby boy was kept hidden as the Pharaoh Ramesses I ordered all the residents to get their baby boys thrown in the Nile River as he feared of losing his power if the boys come out to be powerful when they grow up. After hiding the baby for days, Jochebed made a waterproof basket, placed Moses in it, she released the basket with the flow of Nile River as she was unable to hide the baby with her for so long.

At the age of 3 months, he was was adopted by Bithiah (Pharaoh Ramesses I’s daughter) as she saw h

Since his childhood, he learnt a lot from the wisdom of Egyptians and was mighty in words and in deeds. He was engaged in social work actively.

Around 1490 BC; he grew up to be a 40 year old man with full of wisdom. He rejected his place in Pharaoh’s household as he could not digest the fact of his people living as slaves and bearing the dictatorship. He fled to Midian, Egypt to live a normal life. He started working as a sheperd there and married to Zipporah. Later, he had two sons from her.

It is believed that god appeared to him in form of bushes on fire while he was taking care of the sheeps. The god commanded him to help the people under slavery and dictatorship of the Pharaoh.

After he witnessed the god, he got some special powers and his intellect went quite high. He could perform some of the mircales like turning the water into blood and curing the leprosy.

After 1490 BC; he returned to his land with his brother, Aaron, his wife and his children.

It was unbelievable to witness the great transformation when the residents witnessed. They quitely believed that the almighty god was with him and started to support him in order to get a better life.

He approached the Pharaoh and demanded justice which was rejected by him. In response to this, Moses with the help of god performed numerous mircales like converting the water of Egypt into blood, let number of frogs and flies spread plague in the country, heavy storms and so on.

After a lot of hardship and struggle, the Pharaoh finally stepped back from exploiting the residents and gave Israelis freedom to move back to their country.

This was a really happy moment for everyone where Moses went back to Israel with all the Israelis. The Pharaoh sent his army to attack the Israelis but Moses performed another miracle by parting the Red Sea to let Israelis reach Israel easily.

Around 1495 BC; he was living in Israel and he wrote various texts and scriptures which included various stories, teachings and facts. He wrote the ‘Old Testament’ which consists of 24 books and is considered to be the the first division of Christian Bible.

Around 1570 BC; he crossed 120 years of age. He walked up to Mount Nebo (presently located in Abarim, Jordan) and accepted his death. His body was never found as it is a belief that god did not want his body to remain.

(Read more about him: Church of the Jesus Christ Organisation)

The life of Prophet Jesus

On December 25, 1 AD; ‘Prophet Jesus’ who is often referred as the son of god was born in a Jewish family to Mother Mary (his mother) and Saint Joseph (his father) in present-day Bethlehem, Palestine. His grandfather’s name was Heli.

He was quite reserve and seemed to be confident since he was an infant. It is believed that he was quite different from other infants.

Since childhood, he was really intellectual and used to talk about the almighty god and manifest his importance. He used to visit synagogues and other temples (places of worship) often.

In 12 AD; he grew up to be a 12 year old teen while his thinking and intellect didn’t match with his age as he was a really wise kid with extraordinary vibes. He was found in the temple courts and synagogues sitting among the teachers, listening to them and asking them questions. Everyone who heard him was amazed at his understanding and his answers.

Around 16 AD; he was really generous and helping in nature as he was actively involved in social work and assisting his neighbours. At a really young age, he influenced many residents around him and started preaching them.

In 29 AD; he founded his own ministry (an organisation) named ‘Ministry of Jesus’ near Jordan River, Judea, Israel to preach, guide and help people. The main motive was to teach people about the meaning of the almighty god which is only one. At this age, it is believed that he performed a ritual or a rite of admission towards Christianity and the related teachings. This rite is known as ‘baptism’. He chose his cousin, Saint John as a ‘baptist’ who has a right to perform baptism.

Although, Prophet Jesus was a personality without even a single sin but he bapitised himself in order to preach the people better.

Since 30 AD; there are plenty of stories describing how great and intelligent Jesus was and how unbelievable miracles he did on Earth.

He healed many sick people, he gave sight to the blind and even got the dead back to life. We also have stories where we find Prophet Jesus taking personal care of individuals who were full of sins. He taught them and guided them to the right path

It is to be noted that he was really forgiving and loving in nature as he used to treat everyone with equity and forgive the sinners.

Around 31 AD; there were many people who were angry on Prophet Jesus as they didn’t understand him and had misconceptions about him. Moreover, there were some alleged blames on him which were of course all false. There were a few Jewish preists who thought Jesus to be engaged in blasphemy.

The Governer of Roman Empire, ‘Pontius Pilate’ ordered crucifixion (a method of punishment in which the victim the tied or nailed to large wooden beam to death) of Prophet Jesus. Surprisingly, Prophet Jesus allowed the government officials of Roman Empire under the governer to take him to Golgotha (a spot in present-day Jerusalem, Israel) in order to fulfill god’s will. He had his last supper with his apostles and followers.

It is really painful to learn that he was literally crucifixied while he cried to god to forgive his people of commiting such a big sin. It shows how generous and great he was. It was reported that his soul left his body due to cardiac and respiratory arrest caused because of the trauma.

‘Joseph of Arimathea’ A wealthy businessman who was a secret supporter of Jesus Christ came to witness the site after three days of his death. He immidiately removed Jesus’s body from the cross and buried him nearby with the help of Nicodemus (another supporter of Jesus). The exact location of his grave is quite debatable and unknown. Later, a church named ‘Church of The Holy Sepulchre’ was built over Jesus’s grave which is a traditional belief. While, some historical remains were found beneath the Earth near the same church where it is possible to find his grave. (Watch this: Findings of Jesus)

After 31 AD; the teachings and ideology of Jesus took a shape of a religion called, ‘Christianity’. Later, it became a state religion of Roman Empire.

The exact founders of Christianity are unknown or debatable. But yes, it is confirmed that ‘Ministry of Jesus’ was responsible for discovering this religion. The members of this ministry consisted of Jesus Christ himself with twelve apostles. These apostles were:

(Read more about the apostles on: Bible Info)

Around 50 AD; One of the most important figures in Christianity, Paul The Apostle wrote ‘The New Testament’ which consist of about 27 books talking about the life and teachings of Jesus and the religion, Christianity.

‘The New Testament’ is then stated to be the second division of Christian Bible and considered as sacred texts.

In 301 AD; ‘Kingdom of Armenia’ became the first Christian state of the world. ‘Etchmiadzin Cathedral’ was opened in the same year which is the Armenia’s oldest church.

After 640 AD; the empire established the world’s first church (according to Catholics), named ‘Byzantine Church’ located in present-day Jerusalem, Israel over the spot where Jesus Christ had his last supper with his apostles.

Around 1220; a church was rebuilt over the remains of the Byzantine Church by Crusaders. This church is now called, ‘Cenacle’ located in Jerusalem, Israel.

Some Basic Facts About Christianity